Can setting fire to a forest ever be a good thing?

Forest owners and companies still regularly burn parts of the forests they own. Far from being dangerous, experts say this is necessary for the healthy growth of trees.

15 years ago, Phryganophilus ruficollis, commonly known as the False darkling beetle and found in a few locations in Finland, was considered an ‘extremely endangered’ species. This beetle lives on dead broadleaved trees (and spruce) damaged by fire. Restoration studies conducted in 2007 in Suomussalmi by the Finnish Forest Research Institute (Metla), found that controlled burning on restoration sites caused a distinct increase in the numbers of beetle species - including Black fire beetles (Melanophila acuminata) and a flat bug, Aradus laeviusculus, which thrives in burnt forests.

The study, which was part of ongoing research on different restoration methods on biodiversity and the structure of forests and mires in North Finland, states:  ‘The numbers of individual beetles increased five-fold, whereas in areas where no restoration procedures were carried out the numbers of species and individual beetles remained almost unchanged. The burned restoration sites attracted five endangered species on to them, whereas the control sites attracted none.”

“We have plenty of species which cannot live in normal decayed wood. They need freshly burnt wood or old burnt wood where they can live and get their nutrition. We need to create the habitats for these species. There are species including, for example, flat bugs and fungi which are threatened in Finland because we have so few forest fires,” explains Heli Viiri, Forest Development Manager at UPM. 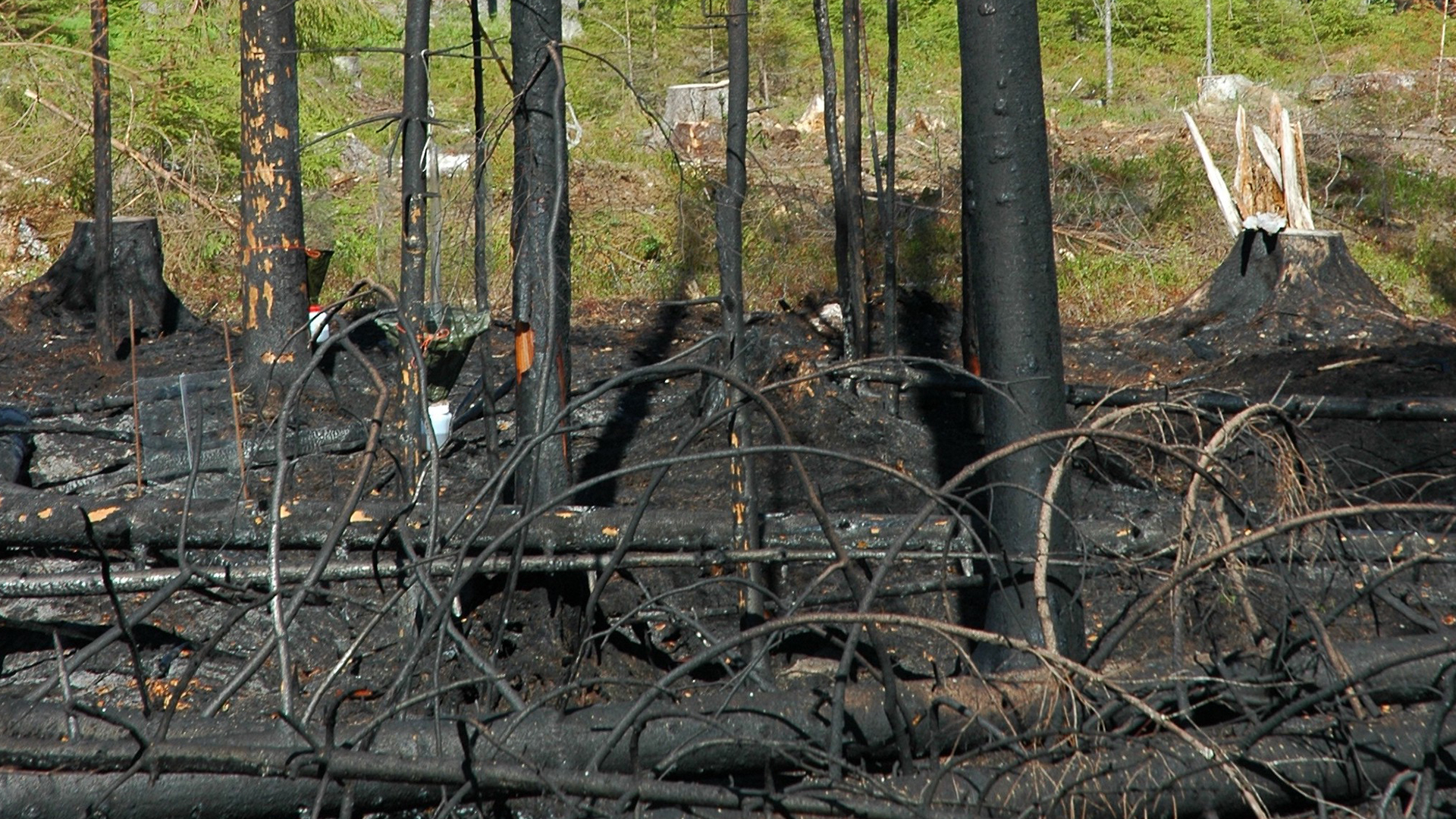 Some species require burnt wood for habitation and a source of nutrition.

A burnt site is a hub of biodiversity as new species are born in it and they slowly spread to forest areas located nearby. Many fire-dependent species actively seek out freshly burnt sites with insects flying far and wide in search of them.

Restoration burning of forests has also traditionally been used to naturally regenerate the soil. It is known to provide nutrients to the soil and allows for the growth of smaller plants and trees. Finland’s forest certification system requires forest owners to have enough burnt sites and therefore, all significant forest owners must undertake restoration burning.

“Restoration burnings create and maintain our ability to manage forest fires in the middle of our land,” explains Viiri. “At UPM, the primary thing is to keep our forest road network in excellent condition. If our roads are good enough to carry log transport, they are also good enough to carry our fire brigades. We also try to educate our staff about safety, restoration burning, shutting down forest fires, etc.” 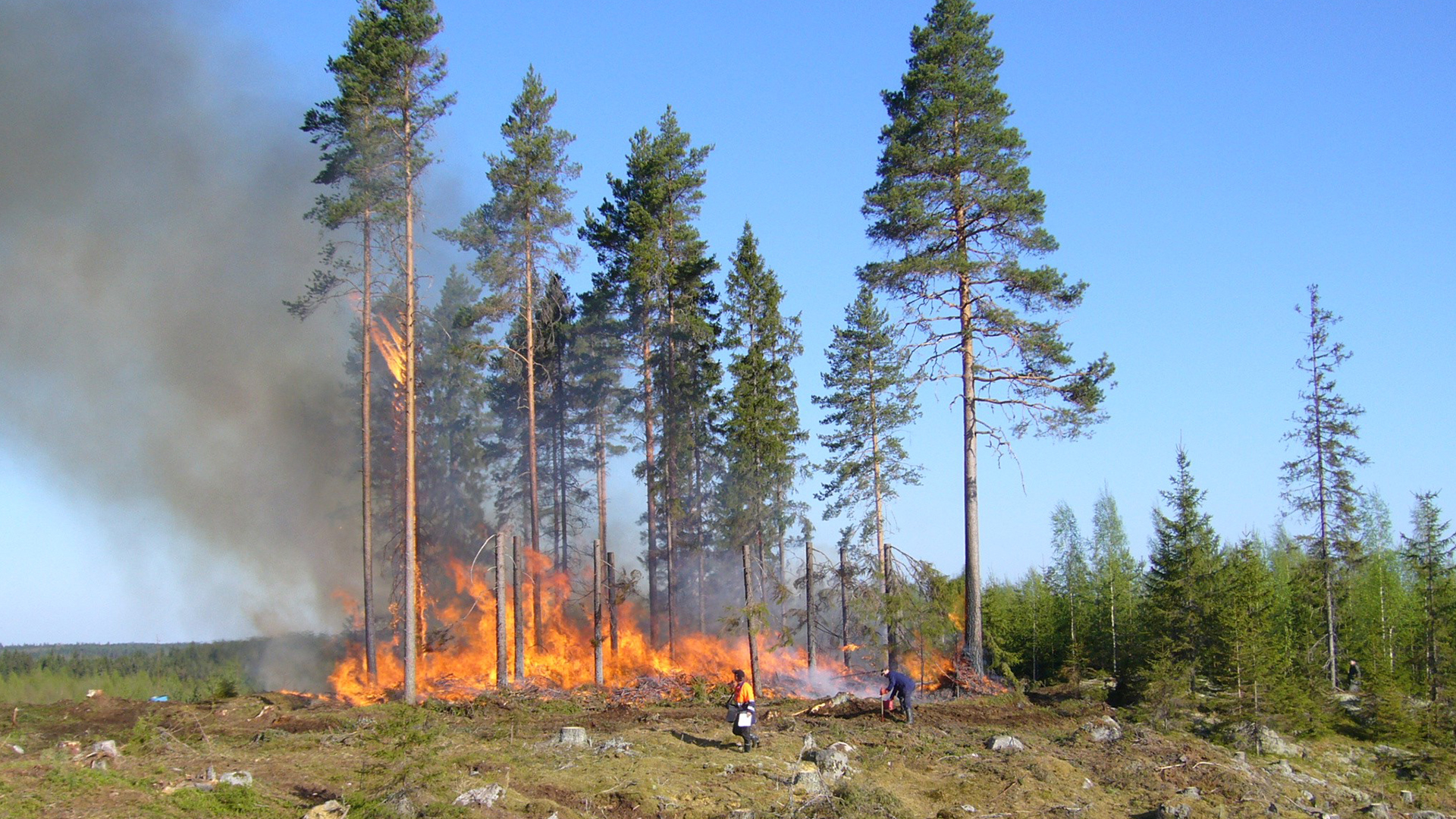 Typically, a restoration burning begins with selecting a suitable site and preparing it to meet all regulations. The site has to have road connectivity so that the fire brigade can reach it in time and have sufficient space around it with no standing trees in order to control the fire.

It needs to be supervised at all times and in some cases even be supervised a week after the fire dies down.  Since restoration burning requires such great care, good infrastructure and manual labour, it can be an expensive process. But one also needs to be watchful as the potential risks can be damaging.

“Forest restoration burning really depends on having the right people at the right time in the right place. If we lose that, the risk is big. If we don’t have enough fire brigades in the countryside, the risk of the forest fires spreading will be huge. The areas which people burn could also be bigger than needed and could damage the forest. So, we need to have an intensive inspection system,” says Viiri.

Finland is at an advantage when compared to countries including next-door Sweden because it has denser forest road networks, local fire brigades in each municipality and a effective fire watching system of planes during summer.  Therefore, it is ideally placed for controlled burning, although it is not the only country that undertakes reforestation burning.

Prescribed burning of forests is a widely accepted and traditional tool for forest management across the world, including the US and UK. It is well planned, has pre-defined limits and a definite purpose. In many parts of the world it is also used as a tool to contain out of control wildfires, prevent forest fires, revitalise natural habitats and preserve biodiversity. The case of the False darkling beetle in Finland is proof that there is merit in this approach.