In the summer of ’19, cardboard tents take centre stage This year, in an eco-friendly move, hundreds of festivals will be offering accommodation in cardboard tents. In doing so, it tries to answer a question that has preoccupied people for decades now. Is paper better than plastic?

If you’ve ever attended a festival, you’ll recognise the scene. It’s been an amazing weekend; friends, live music, too much sun, too much rain, awful diet; but now it’s time to head home. As you queue for the exit, your tired eyes scan the camping area which now looks like the aftermath of a war between two tent armies, the nylon soldiers laying abandoned across the battlefield.

Every year, thousands of cheap plastic tents are abandoned at festivals. In the Netherlands alone, it is estimated that 25,000 are discarded every year; that’s enough tents to get you from base camp to the summit of Everest whilst pitching a tent every metre of the way.

Obviously this is an eyesore, but the environmental impact is also huge. Not only do all these plastic tent materials have to be produced at great cost to the environment, but they also have to be disposed of.

Into this situation stepped the KarTent - a pulp-based, cardboard solution to the plastic tent problem.

The KarTent is a cardboard tent. It is pitched for you at the festival and when you’re done, the makers pick it up, take it away and recycle it into other products. No more plastic, no more waste.

The tent is the brainchild of three Dutch entrepreneurs: Jan Portheine, Wout Kommer, and Timo Krenn. After working on a cardboard beach hut, architect Jan started to look for other ways to use the techniques he had learned, “At an incubator for start-ups I met Wout and we came across pictures of tents being left behind at festivals, and that’s how the idea started.” 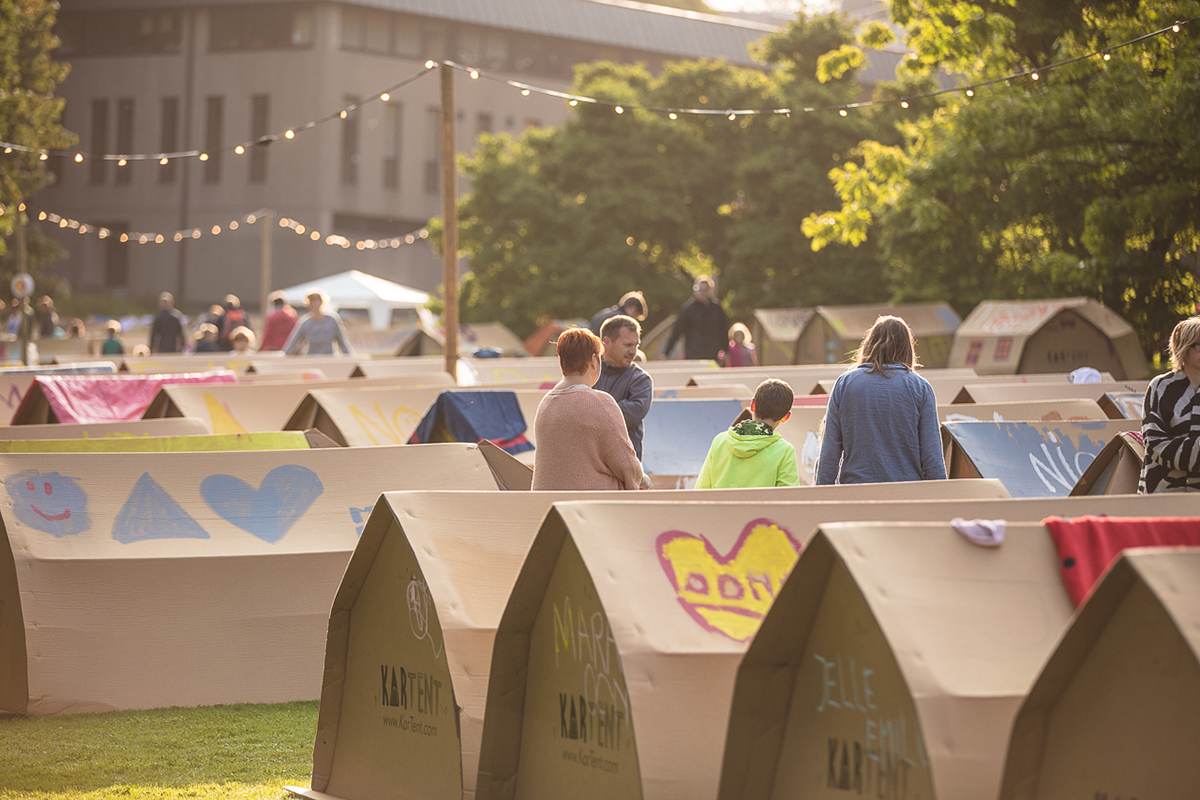 The KarTent’s life cycle works in a circular fashion. The festival-goer orders a tent online as they are booking their tickets. Then the tents are delivered to the festival and put up ready for their new tenants’ arrival. Once the festivities have ended, the tent-makers return to pick up the tent and then recycle it into other products. As Jan explained, “We bought a CNC machine (computer numerical control) and with that we can cut out cardboard chairs, tables, boxes. The most popular product is a cardboard bin which replaces normal bins at festivals and events.”

So, less waste and less plastic into landfills. But also, the production of one KarTent produces half the CO2 of a regular tent. Not only that, but a regular tent may consist of up to 30 different materials, many of which may take hundreds of years to biodegrade. KarTent consists of only one - cardboard!

Life in a carboard tent

As anyone that has tried camping can attest, there was a reason that our ancestors invented houses. Tents are often too small, too cold, too hot or too wet. So how does a cardboard tent hold up in sub-optimal conditions? “You can sit with two people and some luggage and it’s waterproof for at least nine days in any kind of weather, barring a hurricane,” says Jan. “The record is two-and-a-half months. Also, because of the layered design, it’s insulated, so it takes longer to get hot and longer to get cold.”

As every festival-goer knows, when you’ve crawled into your bed at 4am, the worst thing is waking up with the sun slowly turning your tent into a sauna. Cardboard tents stay nice and dark in the morning, so you can sleep off your festival hangover without being bothered by the morning light.

Of course, big cardboard walls also offer great possibilities for the artists among us to personalise our tents. As Jan explained, “At a lot of festivals we give away crayons to decorate the tent, it also makes them more recognisable.” Finding your tent among a field of thousands, in the dark, after partying all night, is never the simplest job and anything that makes that easier is to be applauded. 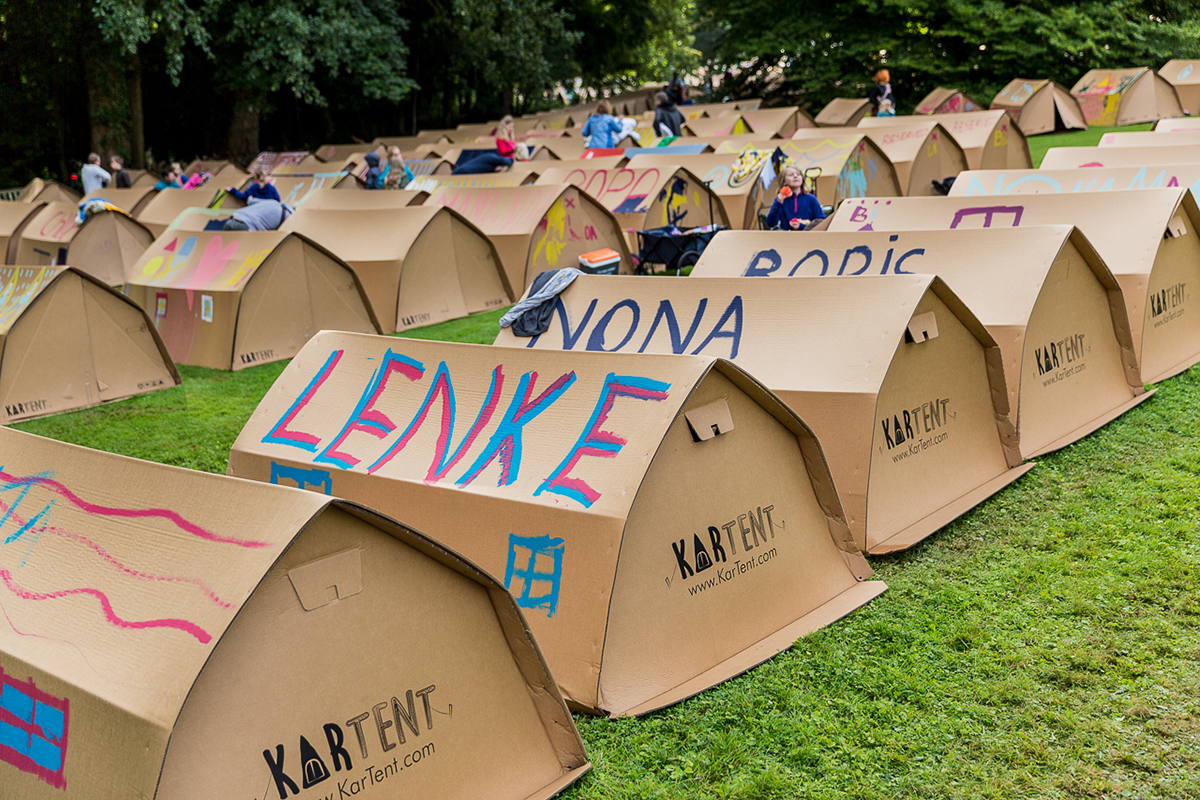 This year the KarTent will be used at around 200 festivals and organisers have been very positive about it. Using cardboard tents gives important environmental credential to an event, something that is becoming increasingly important year by year. There are also certain financial benefits: the tents’ outers can be used for advertising and part of the cost of renting the tent also goes to the organisers. This year, the RockFest in Hyvinkää, Finland is offering accommodation in KarTent cardboard tents for the duration of the festival.

Perhaps next time you’re at a festival you won’t have to look out across the sea of abandoned plastic, instead you’ll see the cardboard tents being neatly folded into a truck and taken away to be recycled.