Into the wild with UPM’s Mikael Bäckman UPM Forest’s Mikael Bäckman spends his winters in Ylläs, in Finnish Lapland running husky safaris for tourists with his wife. What started out as a pastime, turned into a sport, and eventually, even a business. Find out how he did this.

Renowned as the land of fells and northern lights, Lapland is also known for its vast subarctic wilderness, harsh climate and snowy winters, which are a boon for winter sports enthusiasts.

In Ylläs in western Lapland, a 718-metre high fell situated at a latitude of 67.5667° N - Mikael Bäckman, a UPM Forest employee with 37 years of service, and his wife have been offering husky sled rides and miniature horse safaris to tourists every winter.

“My first dog came to me in 1989 when my kids were small, the youngest was then 9 years old and she wanted a dog, so we got a Siberian Husky for the first time,” reminisces Bäckman who works as Customer Responsible at UPM Forest in Ylivieska.

However, it wasn’t until two years and another dog later, that his dog sled hobby reached a new level. “The first dog sledding competition that we took part in was in 1992 and after that, this has been a lifestyle for me and my family,” he says.

Today, Bäckman and his family own 20 sled dogs and four miniature horses. 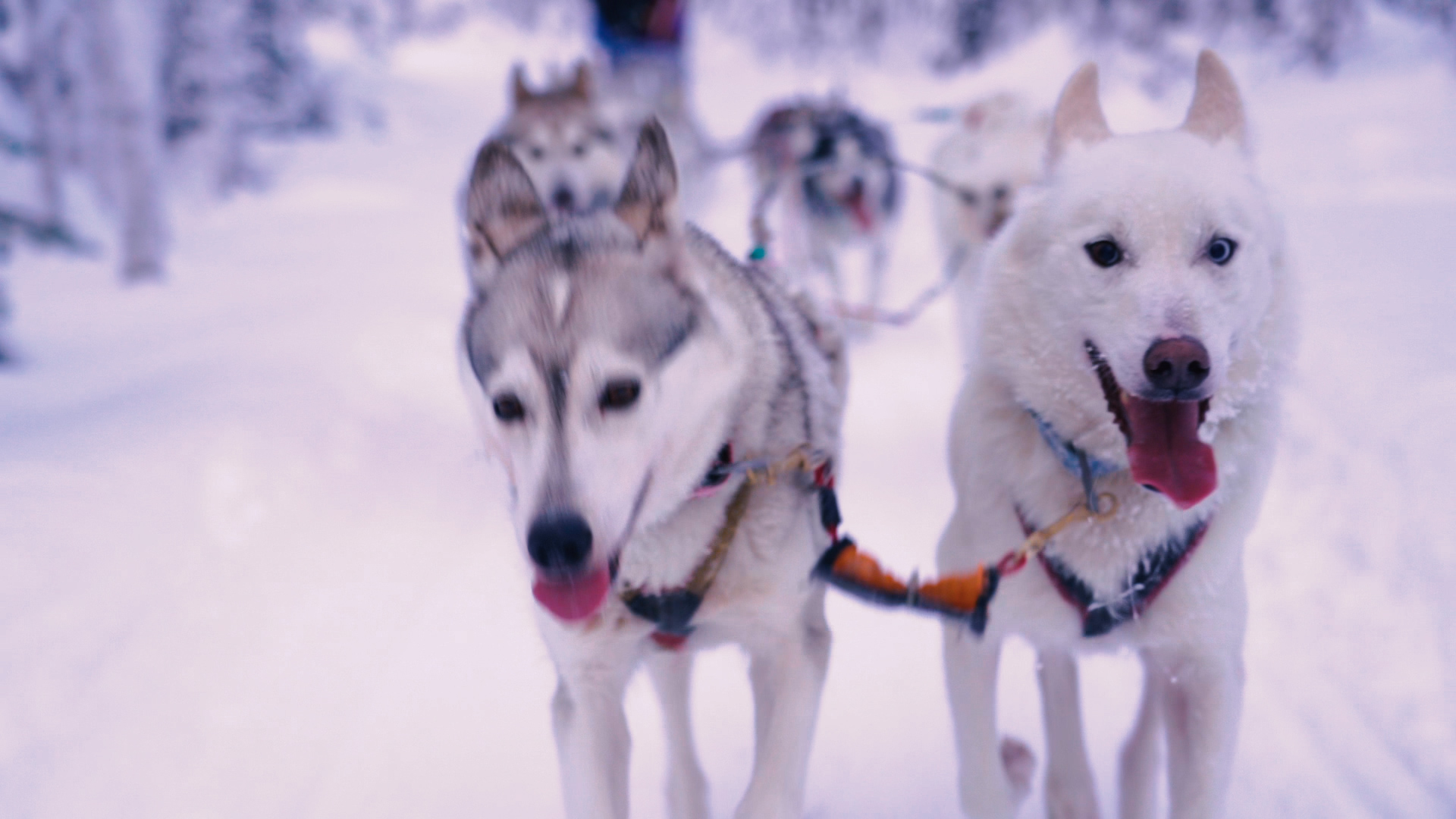 Bäckmans Siberian huskies are known for their endurance and speed. Most importantly, his sled dogs are very friendly towards humans. “When we take people dog sledding, kids can hug the dogs and take selfies with them,” explains Bäckman.

The leader of the pack

Sled training for the dogs begins in late summer, on the forest roads near Bäckman’s home when the nights are getting colder as it has to be below 15 degrees before the training can start. He uses an all-terrain vehicle as a stand-in for the sled, which the dogs practice pulling along.

In dog sledding, the musher and the lead dogs need to cooperate well. According to Bäckman, the key is that “You have to speak in a way that you understand each other as you have to rely on one other.”

The lead sled dog is the head of the team and needs to listen to the musher’s commands to go left, right or straight ahead. It also has to pay close attention when passing or meeting other teams on the trail, and especially when changing course if the team is headed in the wrong direction.

Occasionally, snow falls in November in the Kokkola region where Bäckman lives, but often it isn’t until he’s in Lapland in December, that he first gets to hitch the dogs to the sled and do a practice sled run. Then the dogs are able to train properly, pulling a sled in the snow.

Call of the wild

“The best memories I have with my dogs are from when I have climbed up to the highest point in Finland, Halti Fell, with my dog team. I go there every spring for one week, hiking with tents and my dogs. For one week we’re out in the wilderness, out of reach of the phone and internet.”

For a one-week trip, he has to carry seven-days’ worth of food supplies for himself and the dogs, but water is another story. Out in the frozen wilderness, there are no water taps or tanks from which to easily access water. If Bäckman or his dogs are feeling thirsty, he has to melt snow which requires greater effort. 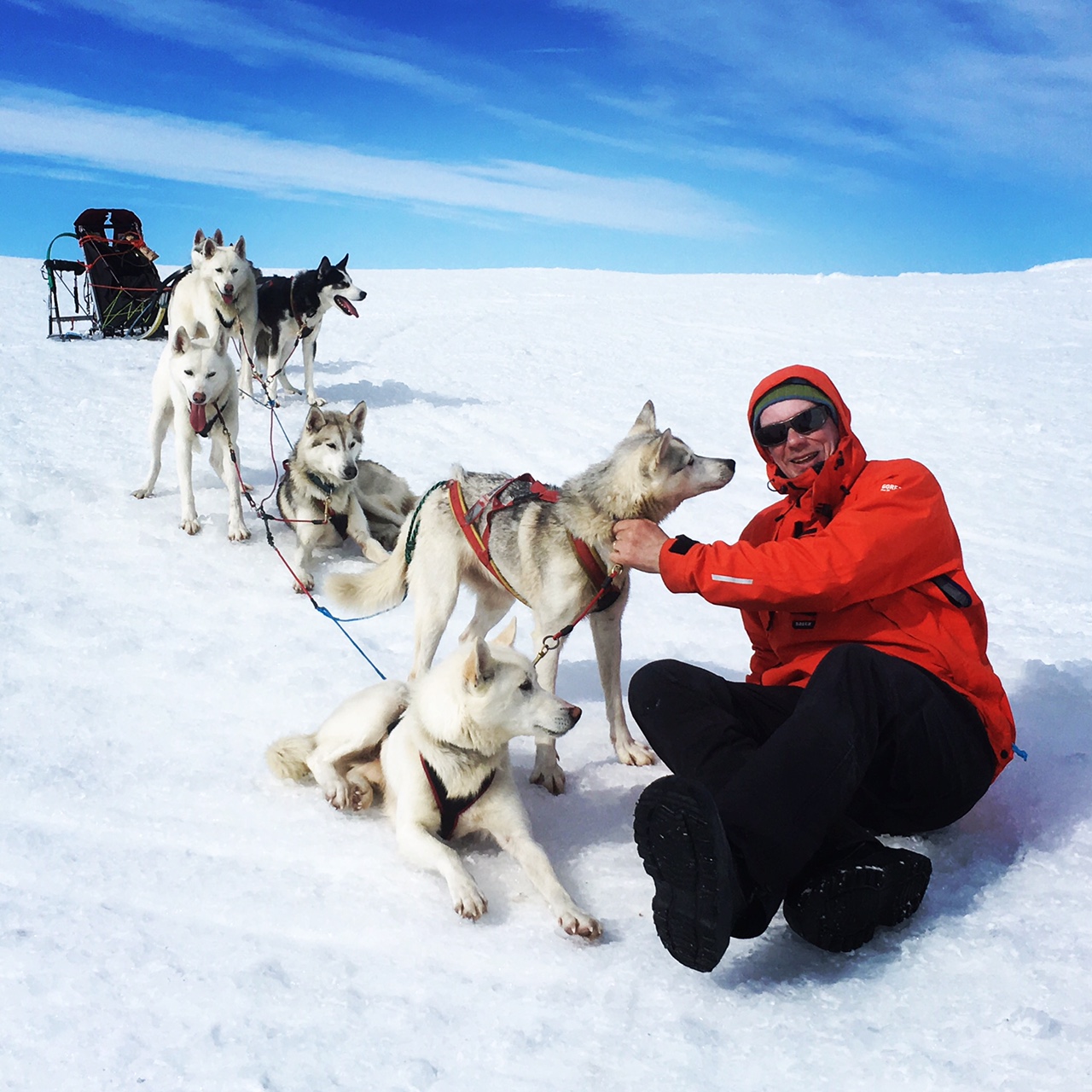 Bäckman says the relative seclusion during the trip has helped bring him and his dogs closer together.

“One time when I first started dog sledding, I fell over and my team ran away, leaving me behind,” he recounts. “An old dog musher had taught me that if your dogs run away you can whistle and call your lead dog’s name and run in the opposite direction. It worked! My dogs turned around and came back to me.”

For Bäckman, dogsledding in autumn or winter is also a chance to rest and recharge his batteries.

He is very thankful for the flexibility that UPM offers, by allowing him to take his summer holidays during the winter period which is the busiest time of year in the husky safari business. He is also able to work remotely from home office either in Kokkola or Ylläs whenever his wife is away to tend to their dogs and horses. It is this work-life balance that Bäckman prizes.

“Out in the forest with the dogs, I relax and calm down and just concentrate on the dogs. This gives me more efficiency to do my real job as a wood purchaser when I’m back at work in Ylivieska,” he says.