Lessons from the burning forests of the Amazon The world is watching with bated breath as the Amazon forest fires rage on. The episode highlights the need to take proper steps to prevent forest fires. While UPM, one of the world’s largest forest managers, does not source wood from or have any forestry operations in the Amazon region, their forest fire prevention measures in Finland and Uruguay could be a role model for the world.

The Amazon rainforest is burning, with media reports showing huge swathes of forests on fire. Images of devastation have flooded the world and raised concerns about the irreparable damage that has been done to the ecosystem.

Brazil's National Institute for Space Research (Inpe) detected more than 74,000 fires between January and 20 August, an 84% increase compared to the same period in 2018. While the bulk of the fires have broken out in Brazil, some of the neighbouring countries like Bolivia, Peru and Paraguay have also been facing the same problem as a result of the 2019 dry season. The magnitude of the problem cannot be denied.

Fires occur naturally in some forests, particularly during dry periods. There are also manmade fires, whether accidental or deliberate. The Amazon region has received attention for land use changes, where forests are burned for agriculture. A significant problem occurs when these fires burn out of control.

“The Amazon is called ‘The Lungs of the Earth’ because it is such an important carbon dioxide sink. Uncontrolled fires can cause a great deal of harm and let’s not forget the irreplaceable biodiversity of the region,” says Sami Oksa, Director, Stakeholder Relations, UPM Forest North Europe.

UPM follows the principles of sustainable forest management safeguarding forest growth and protecting bio-diversity, and making forests an ever-renewable resource that can benefit current and future generations. Most of UPM’s managed forests are in Finland and Uruguay. The Finnish forests are managed boreal forests while the Uruguay plantations are established on formerly degraded grasslands and are planted with Eucalyptus trees. Since they are two completely different environments they have different fire prevention strategies. Yet they do share a common philosophy: prevention is the best cure.

“Fires are normal to boreal forests,” says Oksa. “They can be part of a natural process which helps the forest to regenerate. We even do controlled burns at times as part of forest management. Forestry management is huge in Finland. We have been studying forests since the early 1900s, and today we use this long history of research to manage our forests better.” 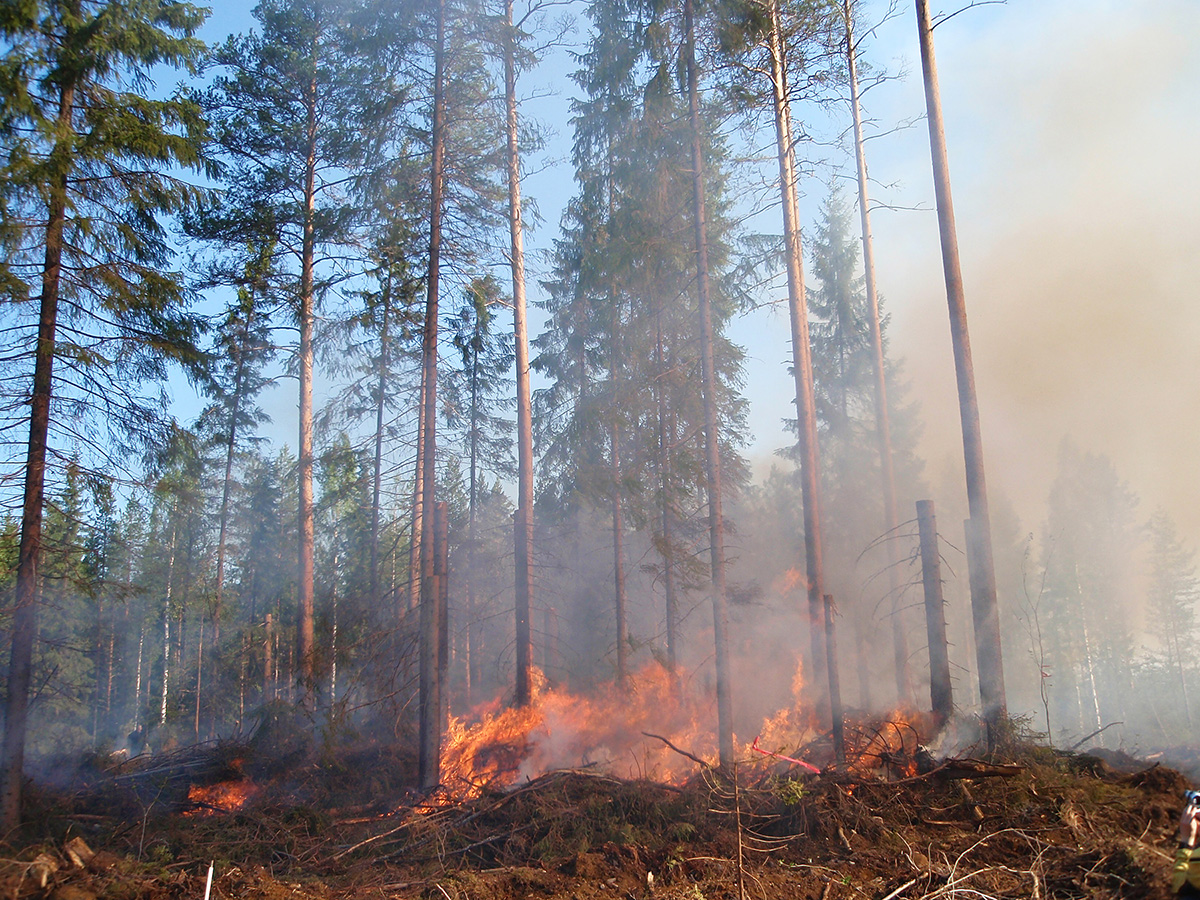 Controlled forest fire in a Finnish forest managed by UPM

One of the earliest lessons learned is that fire prevention is critical. This involves many other sectors of society than forestry owners. For example, the Finnish news reports daily on whether open fires are allowed or not, based upon how dry the ground is.

“UPM takes care of forests to reduce the risk of fires,” says Oksa. “We do tree thinning, which reduces the thickness of a forest. We also don’t do any ground preparation in risk areas during dry periods.”

Yet sometimes fires still break out in boreal forests, such as what happened in neighbouring Sweden or British Columbia in the summer of 2018. In these cases, quick reactions are key.

“We built watchtowers on high ground and people used to be stationed there to watch for smoke, but now we use small observation planes in Finland,” Oksa says. “We have also built roads in the forests. These are necessary for removing timber, and also to reach an area if a fire breaks out.” 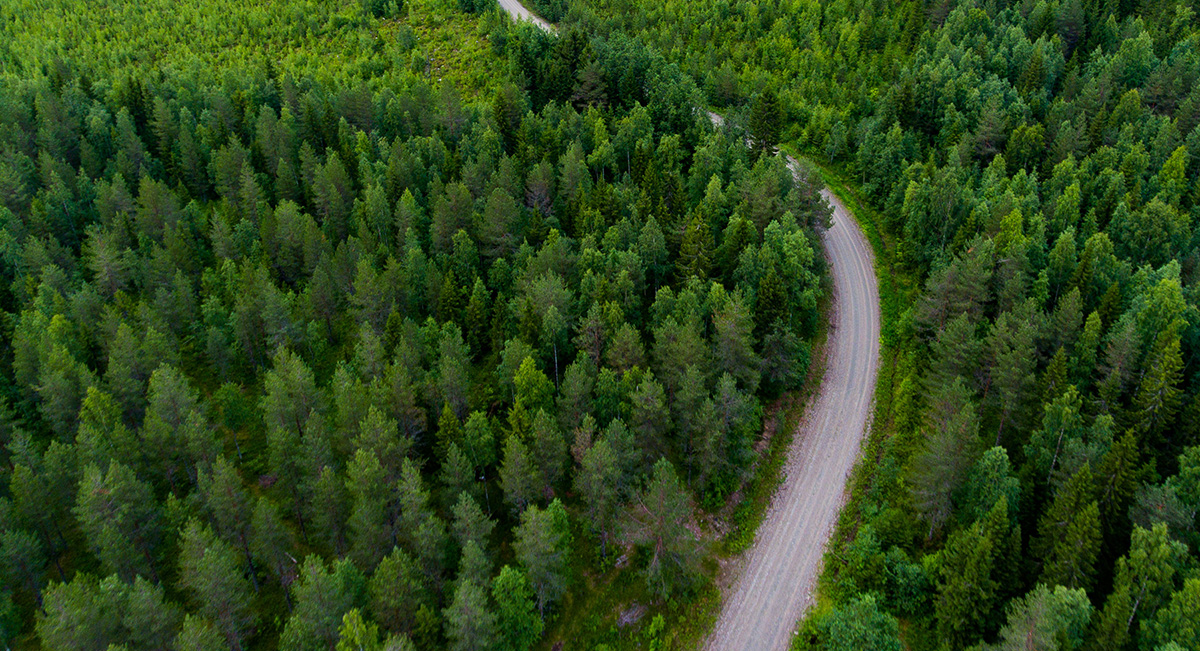 UPM doesn’t have any forests in the Amazon region, but they do manage eucalyptus plantations in Uruguay. Uruguay is on the Atlantic coast to the south of Brazil and is about 2,000 kilometres from the Amazon basin.

“There are no rainforests in Uruguay,” Álvaro Fitipaldo, Director, Uruguay Forestry Operations explains. “Here there are natural forests which tend to follow lowland river valleys. This is a more humid atmosphere and fires are rare. Fire risks increase during the summer months and we have fire protection plans in place to protect UPM plantations.” 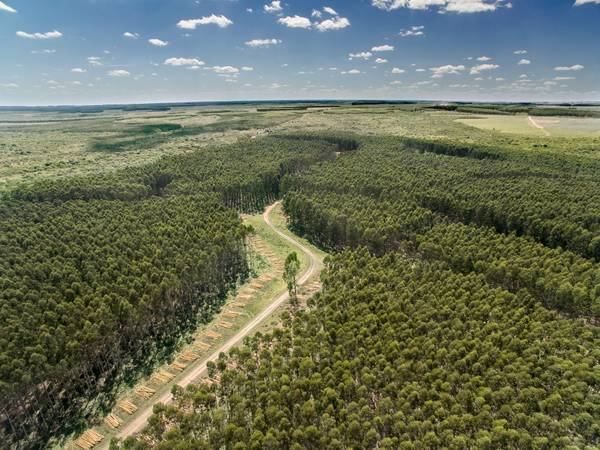 Eucalyptus plantations seen from the air look like a mosaic pattern

The benefits of sustainable forest management

As in Finland, the philosophy in Uruguay is prevention which makes the design of plantations extremely important. Before the first sapling can be planted, a detailed plantation project including a fire protection and suppression plan should be approved by authorities. Firebreaks following certain standards are required so fire can’t spread. Sources of water and fire-fighting resources must be indicated in the development plan. This philosophy of prevention continues once the plantation is in operation.

“Education is a key factor to increase awareness on fire prevention,” says Fitipaldo. “We work closely with others in the area such as farmers to ensure a collaborative effort. There are also fire prevention campaigns for everyone working on the plantation including internal and contractor personnel, as well as for local inhabitants. Our experts visit schools, for instance, to teach the kids about fire prevention.”

UPM participates in the national programme to prevent fires organised by the Uruguayan Forestry Producers Association, which covers 90% of all the plantations in the country. The programme’s members invest significant resources in both early detection and suppression of fires.

“Early detection is secured by six aircraft that fly in regular rounds to look for fires,” Fitipaldo explains. “There are also three helicopters to combat fires which cover the north, east and west parts of the country where the plantations are located. Each has a 170-kilometre radius of action and can reach fires quickly.”

Forest fires do happen, but with proper planning and management, their risks and the consequent impact on the environment can be greatly reduced. In the last 30 years of operations in Uruguay, UPM has not faced fire situations of magnitude that could cause major losses to the forest base or communities.