A weekend cultural extravaganza by the Baltic Sea is attempting to redefine how festivals are run. By putting nature at the forefront, Paola Suhonen’s Superwood festival is able to combine music, art and fun with fireside chats about how to save the planet.

When you think of a music festival, images of hotels, secret venues and virtual skateboarding demonstrations may not automatically spring to mind. It is also doubtful that you would immediately imagine fireside chat by forest experts, yoga or a brisk outdoor run in the local forest. However, Superwood is no ordinary festival.

Founded in 2017, the brainchild of designer and artist Paola Suhonen, the Superwood Festival is a Helsinki-based weekend retreat that aims to celebrate its surroundings and nature rather than just the people performing.

It should be obvious from the very outset that the star of the show here is wood. It is no coincidence that the entire festival is enveloped by the forest, while the very name itself calls for focus on this material.

Yet, finding the perfect location for Superwood was no mean feat. Suhonen scoured the Finnish capital for somewhere that would allow the festival to mix effortlessly with nature while still being accessible to those attending. Finally, she found the answer tucked away in an unlikely location.

She says of her struggle: “I wanted to create the idea of a campfire retreat like you would have gone to when you were a child. However, I didn’t want to host it in a generic, boring conference hall as it just wouldn’t have fitted with the idea. Then, a friend suggested Hotelli Rantapuisto and as soon as I visited, I knew Superwood was home.”

Nestled between the Helsinki residential suburb of Rastila and the graphite Baltic Sea, the hotel blends effortlessly into its surroundings. Built in 1963, the main building, a glorious homage to glass and wood, was originally designed as a training centre for a now-defunct Finnish bank.

However, on October 4, 5 and 6 this year, it played host to the third edition of the Superwood Festival. A celebration of nature and the wonderful oddities of the Nordic region, the gathering was designed to give the feel of a traditional outdoor camp – with the bonus of not having to sleep in a tent during the Finnish autumn.

Gathering around a common cause

Musicians, artists, experts and nature lovers gathered to share stories, wisdom and songs amidst a location that seamlessly mixed indoor and outdoor living. Among the attractions were live bands, a campfire on the beach, an underground dance room and secret forest performances, the locations of which could only be found by asking the right people at the right time.

Each part of the hotel was dedicated to a different aspect, be it sustainability, yoga, dancing or just a glass of bubbly. Sponsors UPM hosted their lounge throughout, where people were able to discuss the concept of sustainable forests and how crucial it is. It then spilt down the hill towards the beach in a swathe of bright lights, excited chatter and music. Performances continued amongst the trees as revellers braved the brisk Finnish night in order to continue the party. 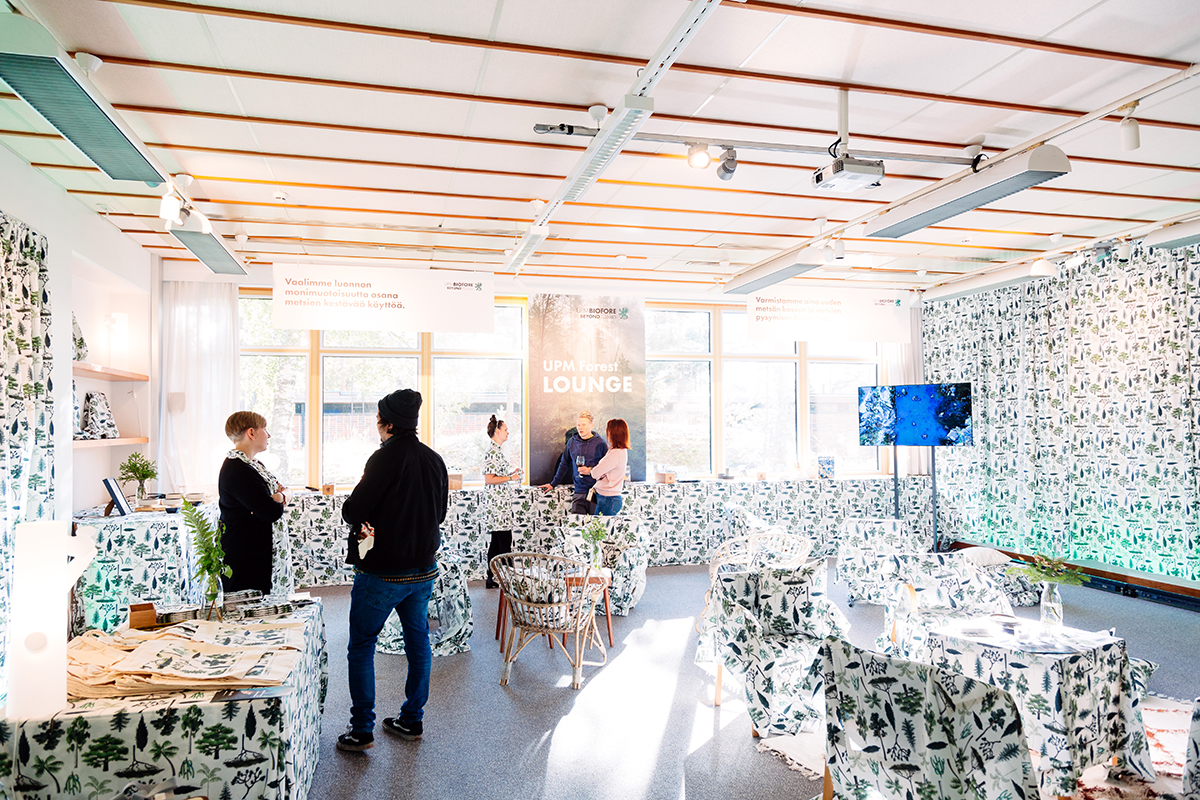 Suhonen is fully aware of the desperate need for sustainability given she also runs Ivana Helsinki, a design shop in Helsinki. A great deal of her collections focusses on the nature of her homeland and a deep-rooted belief in sustainability. As a Finn who grew up surrounded by the forest, she is also fiercely protective of nature and the need to keep it for future generations.

“Sustainability is so important, and I try to incorporate it in everything I do. For example, I don’t design a dress to be worn once, it needs to be something that is timeless and can last,” she states.

To that end, a new aspect known as ‘Superwood Talks’ was added to the agenda in 2019. These 20-minute talks with researchers and professional were designed to give a focused insight into the hot topics of the day.

Further, the hugely popular ‘Wood Tour’ – a blend of music and art hidden in specifically-designed areas of the hotel’s grounds – once again sold out completely. Created by Suhonen herself, these performances have come to epitomise everything good about Superwood.

Superwood may not change the world, but it certainly gives an insight as to how a festival can embrace nature. There was an overriding feeling throughout the weekend that this is how a festival should be: intimate, fun, sustainable and enlightening.

If ever anyone tells you that the subject of sustainability is dull, point them in the direction of the Finnish coastline during the first weekend of October.