Since UPM confirmed the construction of a new pulp mill near Paso de los Toros in July 2019 the project works have proceeded as planned – creating new opportunities and expectations in the region.

It is already possible to find examples of local companies that had been preparing themselves for the project and are now involved in various works related to the construction of UPM’s second pulp mill in Uruguay. One of them is Bamilir S.A. in Durazno. 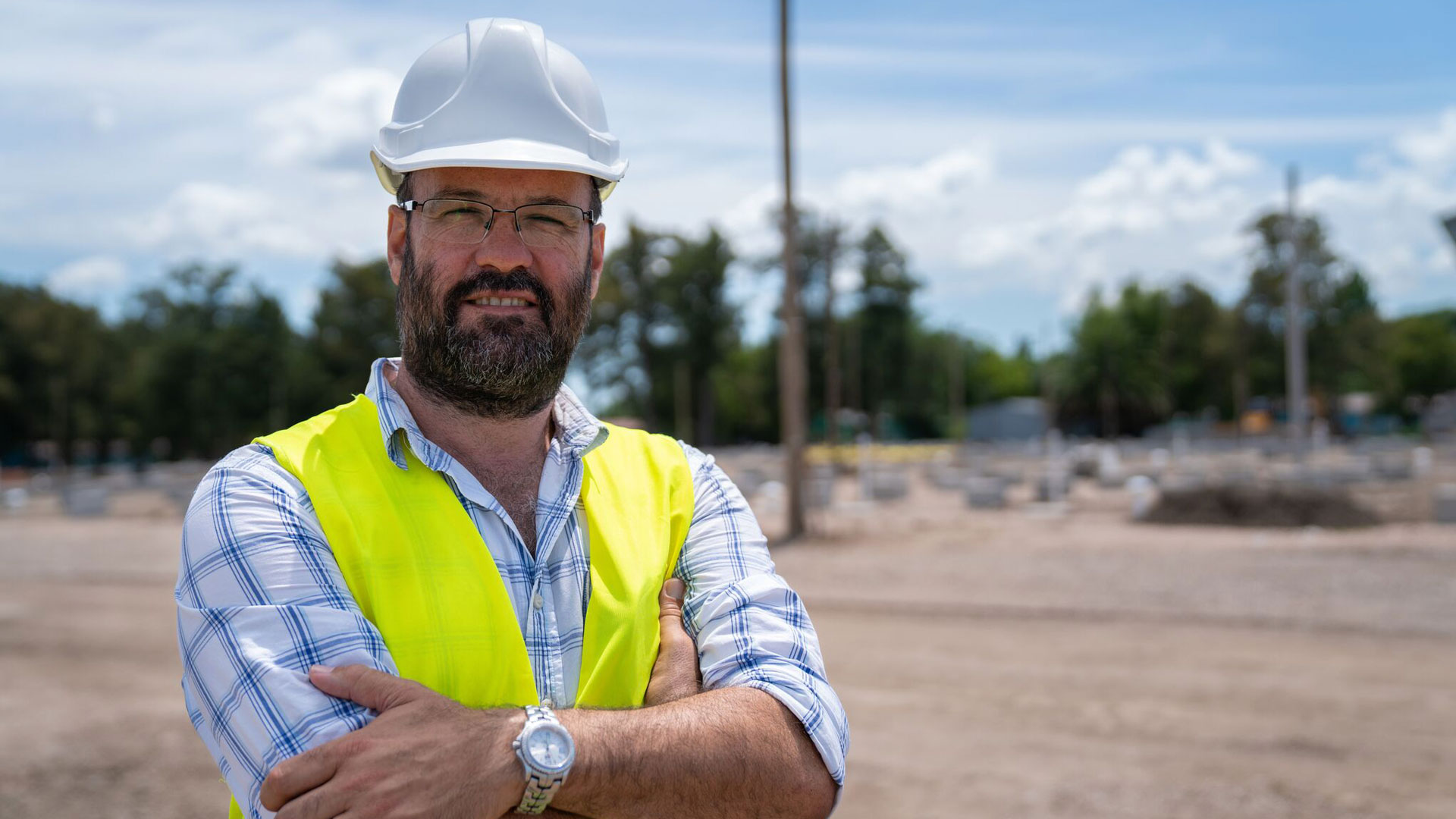 From the beginning of the assessment process for the new plant in the country, the previous government of Uruguay and UPM agreed that proper planning was key to achieve better integration of such a large undertaking in its area of ​​influence.

Central Uruguay has a lower relative development compared to other regions of the country. The construction of the country's third pulp mill – the second for UPM – near Pueblo Centenario is not only a project of great positive impact at the national level, but also an opportunity and driving force for the development of rural communities and their surroundings.

These are the views of Gonzalo Abi Rached, Director of Bamilir S.A., a construction company in the city of Durazno, which was awarded the contract for building of one of the neighbourhoods where temporary accommodation will be provided for workers during the construction phase of the plant.

Established in 2011, Bamilir S.A. took its first steps focused on the development of civil and road works throughout the country. Over the years they acquired a great deal of experience in the development of very diverse projects for public and private clients in the region, which has encouraged them to apply for upcoming opportunities.

“When we learned that UPM’s project would realise was proposed and the mill would be installed in central Uruguay, we surely hoped to be hired. Sometimes you don’t know the visibility you can have as a local company, but UPM saw us, and we had the possibility of quoting for the housing communities that are going to be built in Paso de los Toros, Centenario, Carlos Reyles and Durazno, and we were awarded the contract for some of them,” Abi Rached says with joy.

The experiences gained by the State in the cases of the other two pulp mills left lessons to be learned for the best planning of this process. One of the key aspects is related to the availability of local suppliers capable of providing the necessary services for the construction and operation phases.

To meet this need, in March 2019 the national government presented the National Suppliers Development Program, a tool aimed at training and strengthening the capacities of Uruguayan small and medium-sized enterprises, as a way of preparing for the demands that would come with the confirmation of UPM's investment.

“These are projects that must be as professional as possible – undoubtedly UPM is a client with international requirements and standards, a little different from what we are used to. Although we were very good in terms of safety, these projects force us to reinforce what we have been doing. We trained the staff and we even had training opportunities with UPM. These are very positive things for a company like ours,” Abi Rached added. 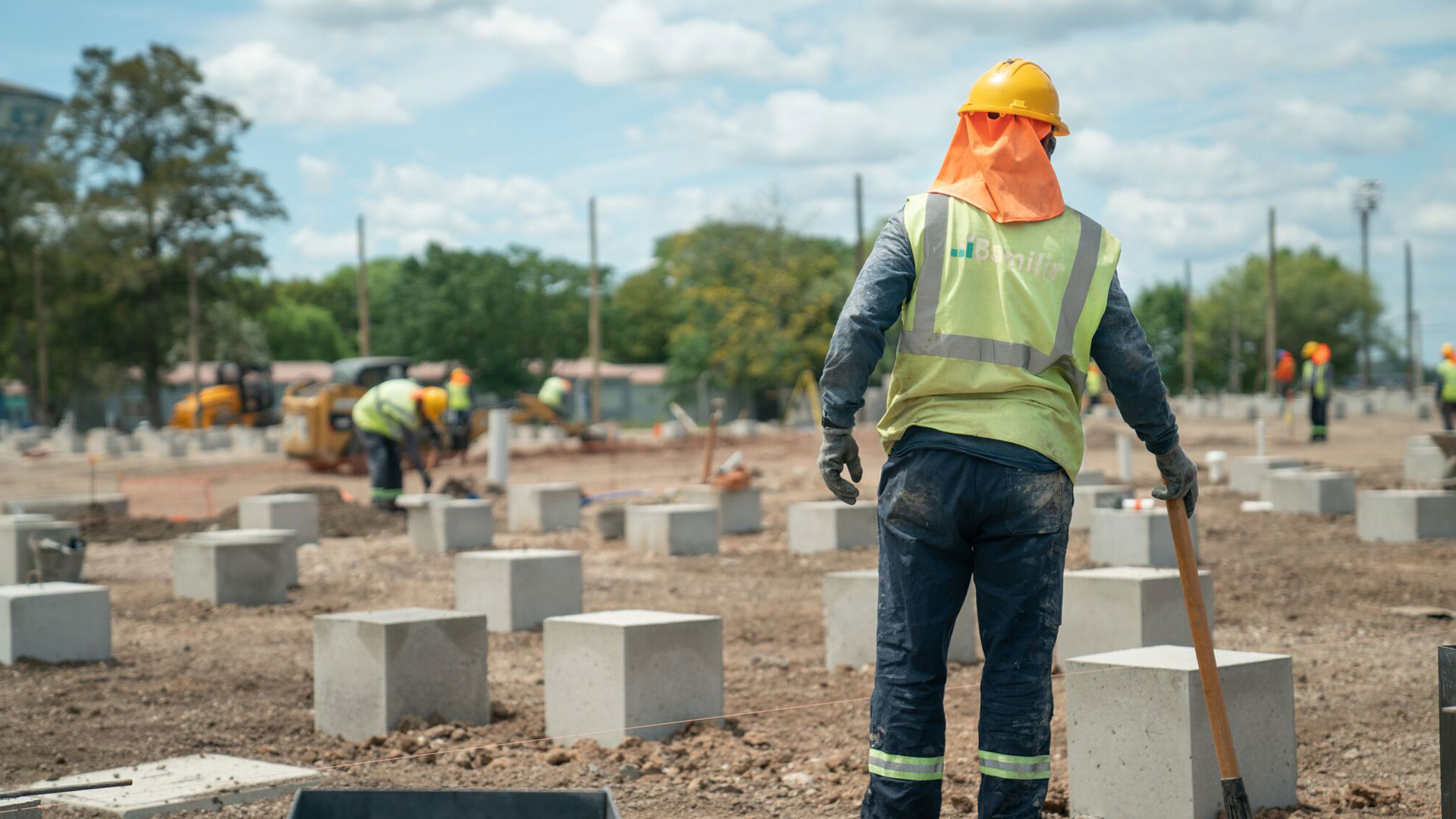 These positive impacts also reach local people. Bamilir had to expand its workforce to meet this challenge. “Today we probably employ about 90 people. With these new projects, the workforce has increased by about 20 or 30 people in recent months. Out of this total 70-80% are local and that is good for the region,” he said.

Now Bamilir is waiting for the award of other bidding processes in which they decided to participate based on their previous success. From his office Abi Rached allows himself to reflect on the changes that the project’s progress will entail for this part of the country.

“I consider this investment very important for the central region of the country because this area has no significant demand for labour, as other regions may have. It will be very important in terms of construction, commerce, hardware stores and gas stations.”

“At a country level we are a small or medium-sized company and one could think that only the big ones will have a chance. It was a pleasant surprise that we were able to contract with UPM,” Abi Rached concluded.