Welcoming the year of the Pig In 2019, Chinese New Year falls on February 5th and marks the start to the Year of the Pig. With more than 3000 years of history, it is now celebrated by over one-fifth of the world’s population and involves the largest human migration on the planet.

2019 is already underway, but for Chinese people and many others who celebrate Chinese New Year, the new year will only begin on February 5th. The reason for this discrepancy is that Chinese New Year, also known as Lunar New Year, follows the traditional Chinese or Lunar calendar, rather than the Gregorian calendar now used in most countries around the world.

The traditional Chinese calendar, which had long been the civil calendar in China until 1912 when the last imperial dynasty, the Qing Dynasty, was overthrown, defines time duration according to the movements of the sun, moon, Jupiter and other planets. A month begins on the day of the new moon, and a year starts from the first day of spring. As a result, Chinese New Year does not have a fixed date, but usually falls between mid-January and mid-February.

A festival with more than 3000 years of history

The exact origin of the Chinese New Year celebration is still unclear. There exist written records about a year-end religious ceremony regularly held during the Shang Dynasty (1600 – 1046 BC), which is widely thought to be the origin of the tradition of organising festivities celebrating the upcoming year. However, some believe that smaller scale celebrations already began as early as the legendary period of Emperor Yao and Shun (~2300 BC). 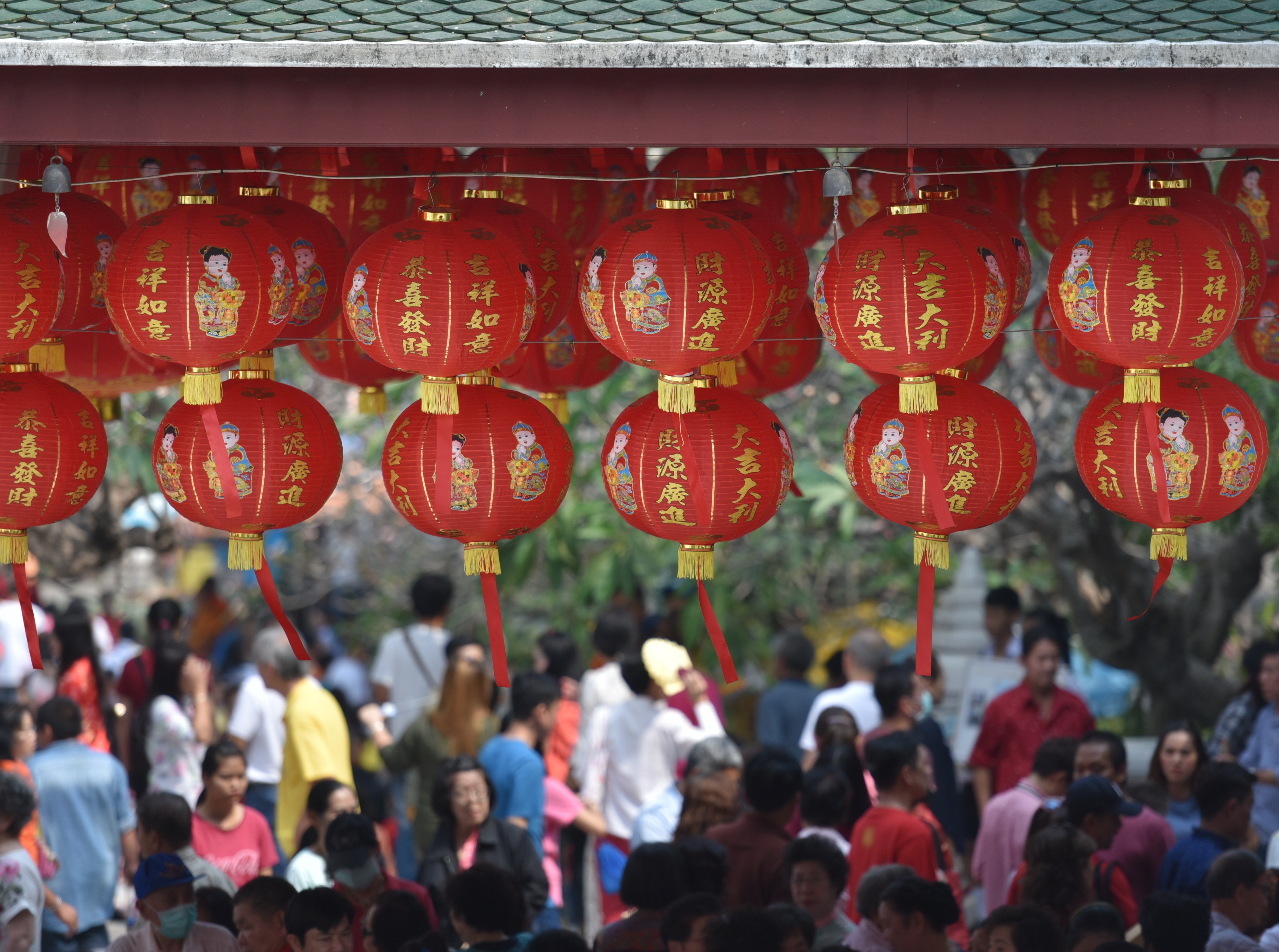 When Chinese New Year was first celebrated, the date upon which it was marked changed constantly between mid-winter to early spring due to the modifications of the calendar. Around 120 BC, Emperor Wu of the Han Dynasty (202 BC – 220 AD) introduced the Lunar calendar in use today and officially set the first day of the first month for New Year celebrations. The New Year festival later gradually became popular in largely agricultural China, as farmers took the opportunity to express gratitude for the last year’s harvest and wish good luck for the upcoming season of sowing.

Nowadays, Chinese New Year is the most important holiday in China. Since it marks the beginning of spring, it is called “Spring Festival” (chunjie) in Mandarin Chinese. Countries that traditionally follow the Lunar calendar, such as Vietnam and South Korea, also celebrate Chinese New Year, making it a holiday for more than one-fifth of people around the world.

Year of the Pig: Wealth and stability

2019 will be the Year of the Pig, according to the Chinese zodiac that assigns an animal to each year in a repeating 12-year cycle. Although opinions divide on how the 12 animals were chosen to form the 2000-year-old Chinese zodiac, an ancient folk story called “The Great Race” is the most widely accepted explanation. In this story, different animals had to cross a river to join a meeting summoned by the Jade Emperor, who had also declared that the years on the calendar would be named for each animal according to the order in which they arrived. The race revealed the Rat as the winner, followed by the Ox, Tiger, Rabbit, Dragon, Snake, Horse, Goat, Monkey, Rooster, Dog, and finally, the Pig.

Despite losing the race in the story and its longtime image of clumsiness and laziness in Chinese culture, the Pig has always been regarded as a symbol of wealth and stability in Chinese society. The Chinese character for“home” (家, pronounced jia) consists of a pig under a roof. The formation of this character reflects the long-standing belief that with the Pig in the house, people feel more secure and can expect affluence to ensue.

15 days of food, the colour red and greetings

Traditionally, the entire celebration of Chinese New Year lasts for 15 days with various festivities planned for each day. Today in China, most people enjoy a week’s vacation and exert all efforts to return to their hometown for a family reunion, leading to the “Chinese New Year Travel Rush”, the world’s largest annual human migration. On Chinese New Year’s Eve, families enjoy a lavish reunion dinner, which normally includes ingot-shaped dumplings symbolising fortune, and stay up late together watching New Year’s Eve galas on TV, chatting or playing mahjong, a tile-based game. It is believed that the later children go to bed on Chinese New Year’s Eve, the longer elder members of a family will live. 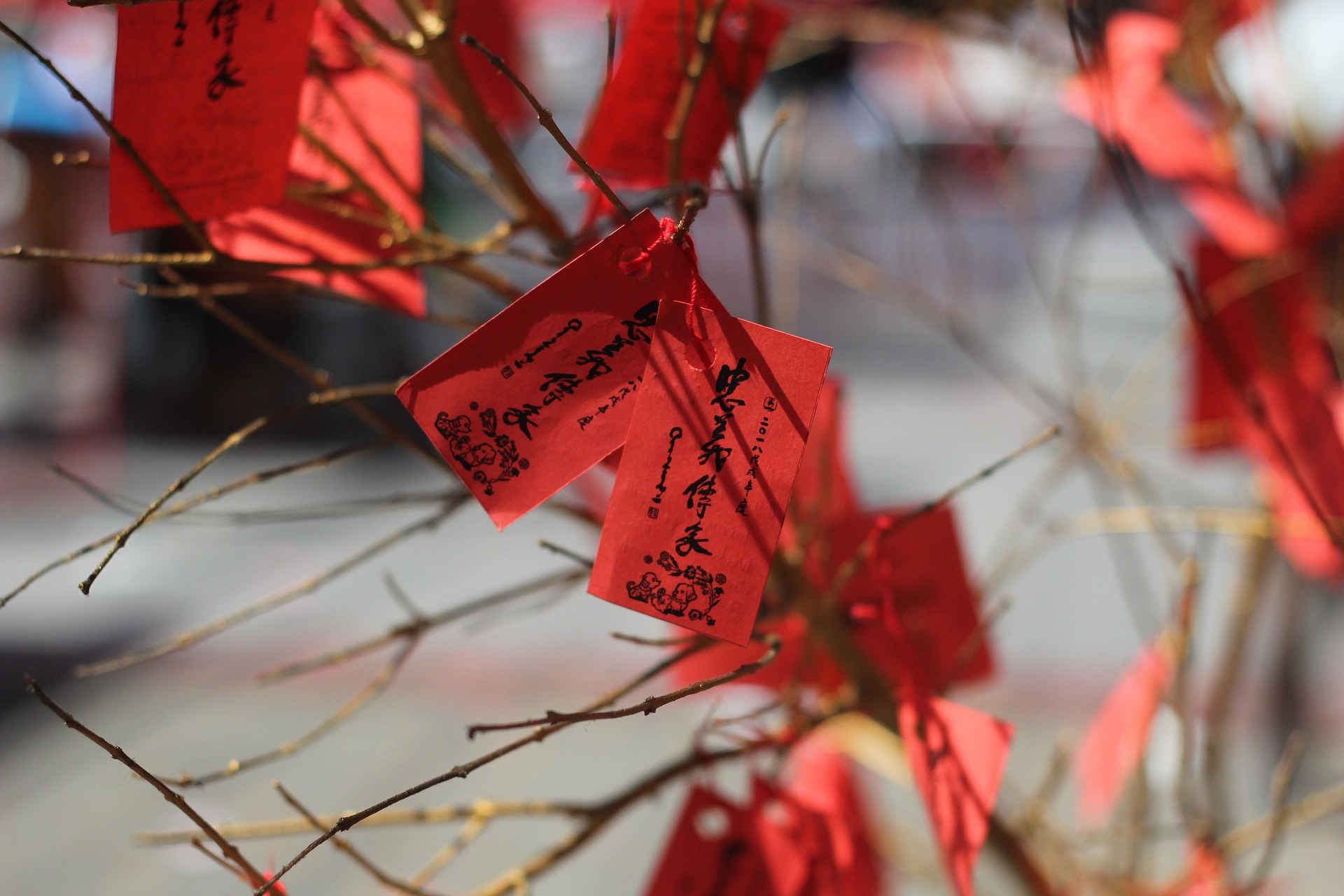 The different regions of China each have their own unique way to celebrate the new year yet are unified by three elements indispensable to the festivities: fireworks, the colour red and greetings. Chinese New Year sees the greatest usage of fireworks annually in the world, as people set off firecrackers on the street to scare away evil spirits. Red decorations are everywhere during the festival because in Chinese culture, red is deemed as a sign of good luck, prosperity and happiness. However, in spite of creating jubilant atmosphere, the great number of fireworks also causes heavy air pollution. In an effort to improve air quality, the Chinese government has banned fireworks and limited the use of firecrackers since 2017 in over 440 major cities, including Beijing and Shanghai.

Just like for other holidays, greetings are also essential for the New Year celebrations. Chinese people like to invent new greetings each year corresponding to that year’s zodiac animal, but some classic ones stay popular. “Wishing you great happiness and prosperity” (“gong xi fa cai” in Mandarin Chinese) is the most commonly used Chinese New Year greeting of all time.