Finnish midsummer: an ideal mix of tradition and nature

Midsummer in Finland is the highlight of the year for millions, but what really goes on in the seclusion of the summer cottage?

To many around the world, midsummer passes without a second thought. But not in the Nordics. Here, this is a celebration rivalled only in terms of importance by Christmas – and even that is debatable.

Nowhere is this more obvious than Finland. In 1955, the holiday was moved to fall on the first Saturday after June 19th, so that the vast majority of the country could take the Friday off work and escape to the countryside.

Thursday evening signals the migration, with entire cities emptying as the country’s residents migrate to the countryside and the sanctuary of the summer cottage, or mökki. In a country of 5.2 million there are 475,000 summer cottages, each with its own character, history and quirky details.

Marjut Toivola is a social worker who has spent the majority of her life in Helsinki but escapes to her cottage as often as possible. Located 130 km north of the capital, it was built in 1931 by her great-grandfather and is steeped in family history. “Apart from Christmas, midsummer is the one time of the year my family all gets together. I adore going to the cottage – my grandmother was born there, my sister was christened there and four generations of my family have such happy memories of the place”. 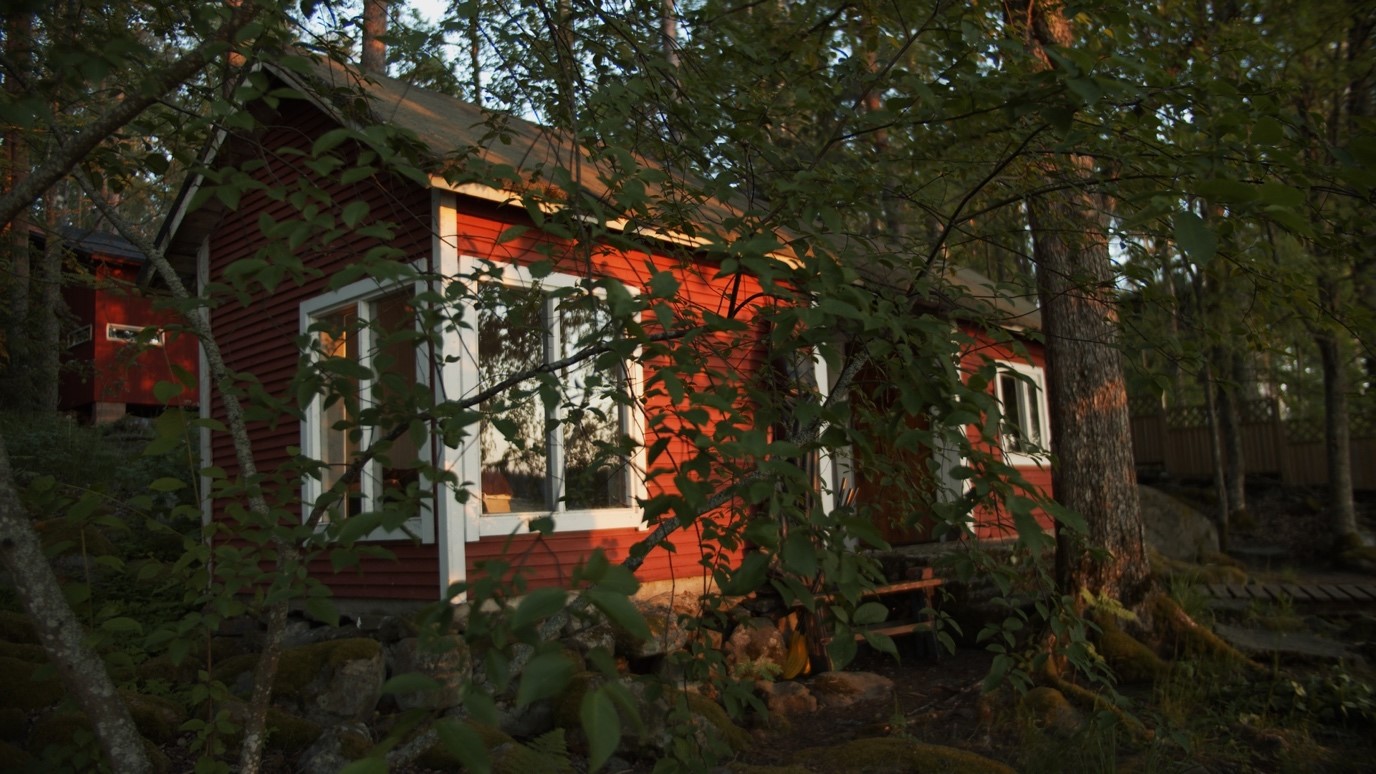 The cottage, or mökki, is central to Finnish culture. Photo credit: Tero Vuorinen

These days, the two main traditions centred around midsummer are the sauna and lighting bonfires. In days gone by, fires were lit to dispel evil spirits and back luck, as well as to encourage fertility in crops, animals and humans. This is still very much a part of modern-day celebrations, although the fertility aspect is not so important.

Finns love to sauna, with current estimations suggesting there are an incredible two million of them in the country. Over the centuries, it has become central to people’s lives. Finnish presidents have entertained world leaders in them, they are the social hub of any party and most Finns have at least one grandparent born in a sauna. It is a national obsession, but the nakedness can take some getting used to for outsiders.

However, in years gone by, this time of year was popular for weddings and casting spells. It was believed that the midnight sun had magical properties that would increase fertility and the chances of finding a spouse.

As important as the cottage and running through all the celebrations is the humble birch tree. Finland’s national tree is the backbone of countryside living. Although the trunk brings in sales revenue for the forest owner, every part of the felled tree is put to good use – the Finns don’t like waste.

The fresh branches are made into what the Finns call vihta or vasta. They are cut from the trunk, trimmed to make a handle and then bundled together with twine or string to make the perfect shape and stored in cold water or the freezer to preserve them. They are used in the sauna by placing the vihta on the hot stones and then beating either yourself or other people with the branches. It may sound macabre, but it is believed to circulate blood in the body and bring health benefits – as well as feeling pretty refreshing. However, the exact ritual depends on age, which part of the country you are in and various family traditions.

The birch tree has a higher density and energy content than most of its forest mates, meaning it burns better. This makes it popular firewood for both the sauna and cooking, as barbeques are hugely popular at this time of year, while the dried bark is nature’s firelighter. Tools, toys, cutlery are all fashioned from the birch trees, because of its durable nature. Added to that is the fact that it is a fine-looking tree. “it’s just pretty”, Marjut confirms. 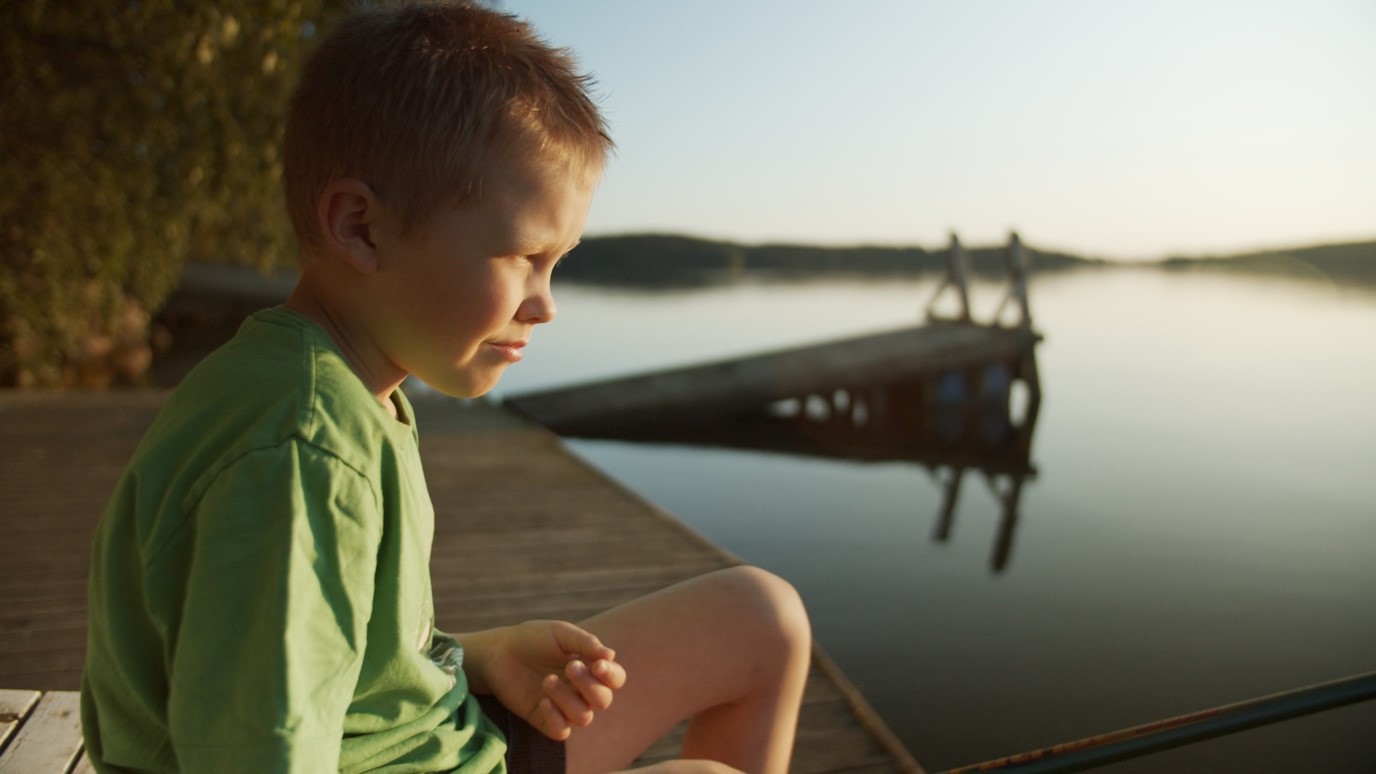 However, despite the birch tree’s wide-ranging use and abundance in Finnish forests, there is a note of caution to be had. By law, Finland has something known as ‘everyman’s rights’. This means that anyone in the country is allowed to enjoy outdoor pursuits, no matter who owns the land. While you are allowed to pick wild berries, mushrooms and flowers, “Cutting or damaging standing trees, dead or alive, is prohibited,” according to the Finnish Ministry of the Environment.

“In addition, permission from the landowner must be obtained for gathering twigs, bark, cones, or any other parts of standing trees. Permission from the landowner is also required for the recovery of fallen trees,” the Ministry’s official statement continues. So, take heed in order to maintain this unique concept and allow people to continue enjoying it for years to come.

Midsummer is a time for celebration in Finland and its Nordic cousins, but remember to stay safe. Lakes and alcohol can make for dangerous bedfellows, so have fun but look after each other.