Dia del Patrimonio, celebrating the past Visitors who come to the Margarita Heber Estate on this Dia del Patrimonio will have the chance to travel back in time and visit mid-twentieth century Uruguay. With the help of UPM, they get to experience the area’s storied past.

“When one manages to connect with the place, it is difficult not to travel in time to imagine the operation of this emblematic establishment,” says Jorge Cámpora, a UPM Forestry Coordinator.

Cámpora is referring to the Margarita Heber Estate, also known as Parada Arteaga, which opens its doors to visitors on the first weekend of October for Uruguay’s Día del Patrimonio, an annual celebration of the country’s cultural heritage.

Situated 150 kilometres north of Montevideo in the province of Florida, the estate is what remains of a former cattle empire, which sprawled over 30,000 hectares and was created by the British businessman John Jackson in 1825.

The estate played an important role in the development of the cattle industry in Florida, an industry which remains an important economic driver in the province today. At its height, the estate employed up to 100 people working both permanently and seasonally. 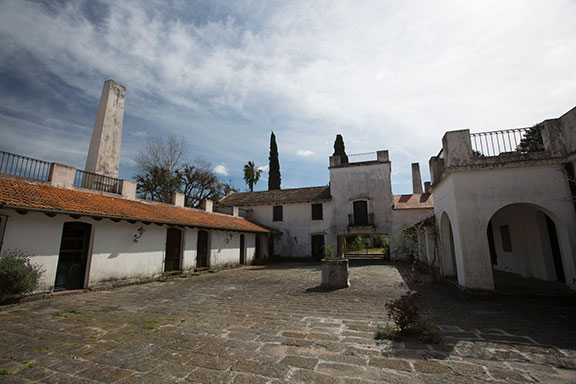 Birth of a big little town

In 1921, Jackson’s grandson died, and the property was divided between his son and daughter, Margarita Heber. While the son’s half of the estate remains in the family’s possession, Margarita’s half is what visitors see when they visit the estate today.

After Margarita’s death in 1922, her husband, Juan José de Arteaga, built the house and workshops as well as designed and planted the gardens, to accomplish the dreams that his wife had about the estate.

“This was a big little town,” says Celmira Marín, a former teacher of the estate’s school who will be present on Día del Patrimonio to share anecdotes and stories about the place.

Even after the property was divided, its output remained prodigious. In addition to raising cattle, dozens of workers flocked to the estate each spring to shear the sheep.

As it grew, the estate became a focal point of community life. Workers brought their children, who played together and attended classes taught by Marín.

“When I started as a teacher here in 1973, there were children from first to sixth grade,” Marín said. “They were children of the families who lived here, of the surrounding families and families of the neighbouring estancia of San Pedro. I had up to 22 children in my classes.”

In the mid-1990s, the estate was acquired by Uruguay’s state retirement and pension fund for professionals (CJPPU, as it is known by its Spanish initials). In 2011, the CJPPU rented the property to UPM, which has since worked to preserve the estate, turning it into a Biofore station and leaving 40 percent of the land for natural and cultural preservation.

“From the entrance to the establishment, the visitor can visualise enjoying a natural environment, which perfectly combines forest-livestock production, with the conservation of biodiversity,” says Cámpora.

Nowadays, visitors to the estate can see the pens in which the sheep were sheared, the main house and walk around in the gardens, which were planted with various native and exotic species. 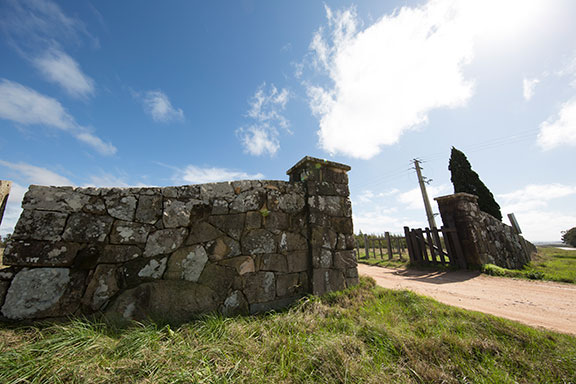 The gardens stretch over 60 hectares on the banks of the Potrero stream and contain numerous domestic and exotic species, which come from all over the world. Among the remarkable species is the bald cypress tree, of which only two specimens are known in Uruguay.

“Some of these species are very rare, which reinforces the biodiversity value of the place,” says Cámpora. “The park also presents an area of native species planted by UPM, which are duly identified.”

According to Iván Grela, Environmental Affairs Coordinator at UPM Forestal Oriental, the estate is now home to about 130 species of amphibians, reptiles, birds and mammals as well as about 15 to 20 species of native trees.

“Overall the area reflects the local fauna. Also, there are some animals that are part of a list of priority species for protection defined by the Uruguayan environmental authorities,” says Grela.

The Biofore stations are part of a UPM initiative that aims to promote the staff’s and local community’s enjoyment and appreciation of the natural environment.

“A relevant aspect in UPM's forest management is the management and conservation of areas with high cultural-historical value, for its richness in biodiversity and/or for its social significance,” says Cámpora.

“In the case of the Margarita Heber Estate, their lands are part of the history of the place, where hundreds of families from the area worked, providing each one with an experience or an anecdote of their ancestors,” he adds.