The Finnish Forest Industries Federation recently held an innovation competition named Wood U Make It Happen? aimed at young professionals. The competition's focus was to find fresh ideas for the forest and wood industry.

The winner, a project called Relaps by Aalto University graduates Milla-Mari Vastavuo and Mikko Niemeläinen, offered something fresh: the ability to grow fruits and vegetables using residual streams from a pulp mill.

"The idea is to maximise the efficacy of greenhouse farming by utilising the so-called circular economy and the latest technology," explains Niemeläinen. "In our case, the circular economy means that we utilise a pulp mill’s residual streams in greenhouse farming both as fertilisers (carbon dioxide and minerals) and as heat. The examples of advanced technologies include hydroponic and vertical farming that maximise the use of space, as well as energy efficient LED lights."

The sparring partner of the winning team, Esa Laurinsilta, the Director for Strategic partnerships at UPM saw potential in the innovation: "The circular economy and the utilisation of different residual streams are closely linked to my work, which is why I volunteered for sparring.” 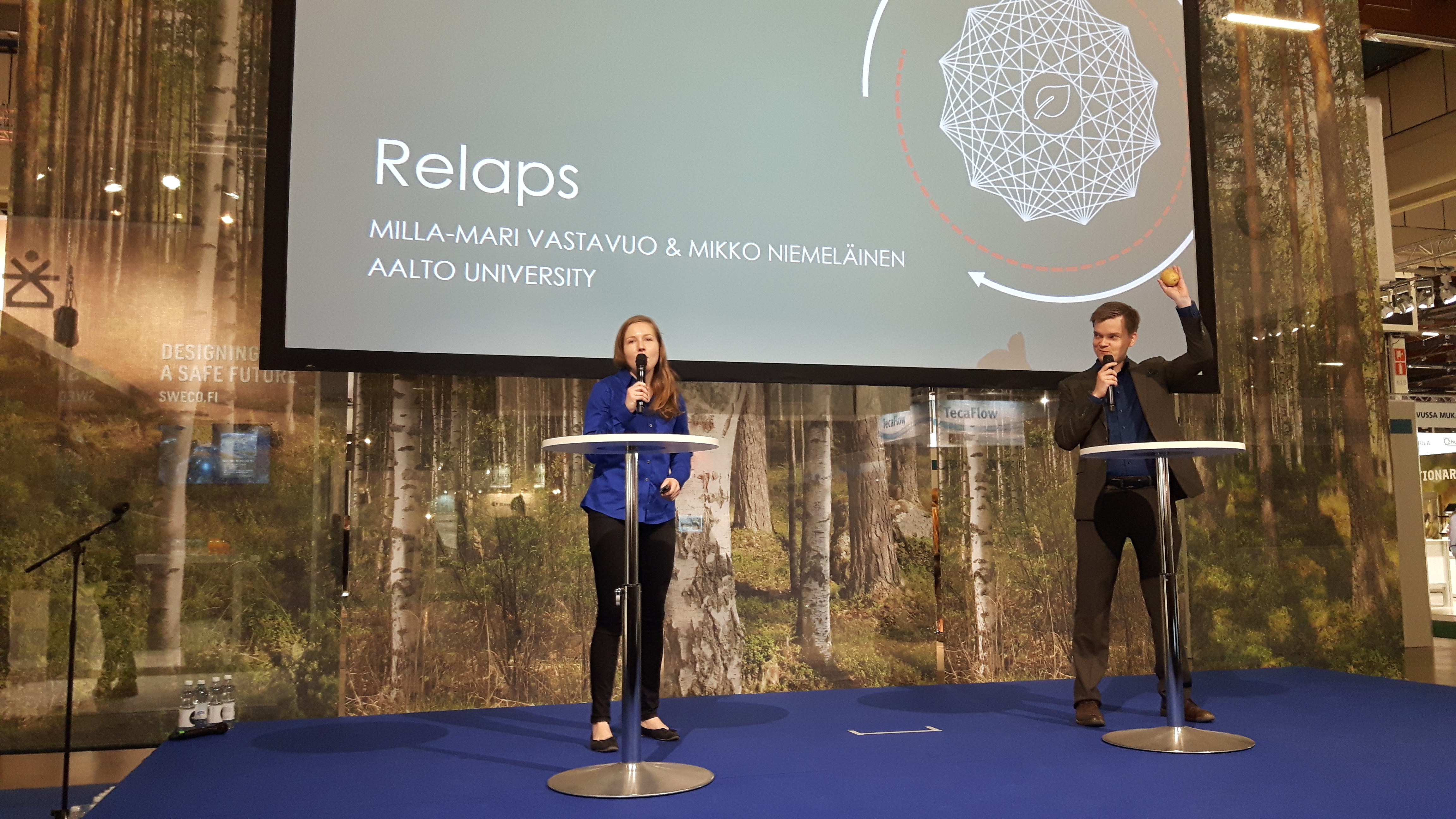 Neither Vastavuo nor Niemeläinen had previous experience with greenhouse cultivation.

"We were playing around with many different ideas and it wasn't until after a lengthy selection process that we decided on Relaps. The germ of the idea was planted by our professor Olli Dahl,” they say.

"However, we have educated ourselves on greenhouse technologies by interviewing both scholars and entrepreneurs with suitable experience,” they add.

The competitors admit that primary food production is not an easy market, with farmers facing challenges ranging from bad weather to droughts and mediocre harvests. "In principle, we do not want to compete with local greenhouse farmers and their produce, such as tomatoes or cucumbers. Instead, with the enormous waste heat that mills generate, Relaps could replace imported fruits and vegetables, even tropical fruits,” says Vastavuo.

In other words, Relaps could even make it possible to grow Finnish avocados, therefore diminishing the environmental impact avocado farming currently causes. "Of course, no one has done anything like that before,” says Niemeläinen. "But that is true with all new innovations."

"It is not an entirely new idea to make good use of the residual streams,” adds Vastavuo. "But they have not been utilised to this extent before." 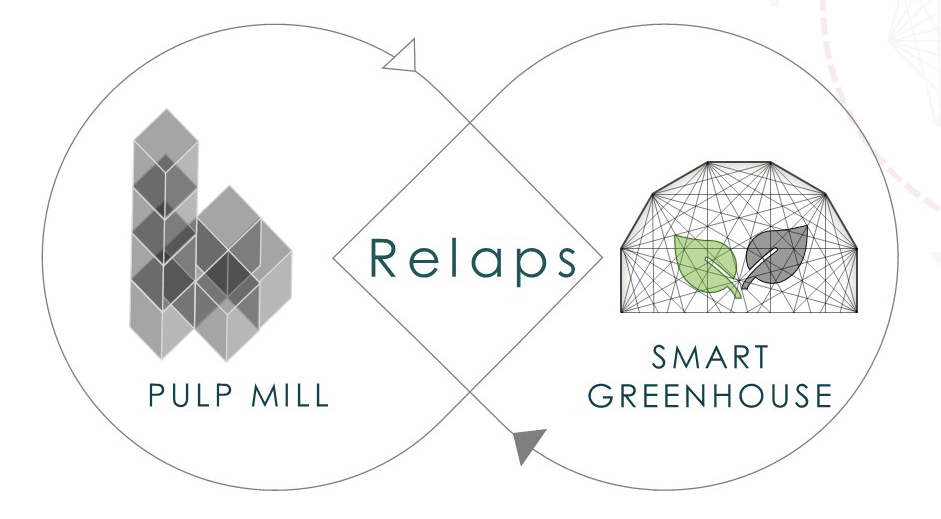 A circular economy for a brighter future

Relaps is riding the crest of the circular economy wave which is employing new technologies to battle the unnecessary waste of useful resources.

"New innovations make new partnerships and local cooperation possible. The circular economy is crucial in the forest industry, and we continuously look for new possibilities and innovations with UPM's suppliers, customers and potential partners,” he adds.

Niemeläinen also sees future potential for a circular economy and Relaps in particular: "Once the idea is put into practice, I think there will be international demand for the concept. Food safety is already compromised in many regions around the world due to pollution and drought. Vertical farming is becoming popular, and with our solution and the circular economy framework, these could become even more efficient ways to produce food."

"At the moment food is relatively cheap, so food production is not a very lucrative business. However, this may change in the future. Due to climate change, arable lands are diminishing and, simultaneously, population growth adds to competition for scarce resources. New innovations for food production are a necessity,” concludes Vastavuo.