Reforestation – a hedge against climate change The recent UN Climate Action Summit saw many countries bidding to cut greenhouse gases to net-zero by 2050. One way to achieve this objective is through reforestation – a move that holds significant environmental and economic benefits.

At the end of September, the world’s political, business and civil society leaders gathered at the UN headquarters in New York in order to prompt action on fighting climate change. During this Climate Action Summit, a number of initiatives, promises and goals were announced.

65 countries and major sub-national economies (e.g. California) committed to cutting greenhouse gas emissions to net-zero by 2050 and another 70 countries promised to boost their national action plan by 2020 or have started the process of doing so. Finland, for example, pledged to become carbon neutral by 2035 and, soon afterwards, even carbon negative.

What are some of the steps that countries could undertake to achieve these ambitious goals?

The Paris Agreement points to reforestation as one possible solution and highlights the important role that forests play in helping meet climate goals.

“We can remove about half of the existing CO2 from the atmosphere if we plant a billion hectares of land with trees, providing that new emissions stop,” says Professor Ruben Mnatsakanian from the Department of Environmental Sciences and Policy at the Central European University. “Trees take in CO2 while they’re growing. Mature forests are not that useful for absorbing it. So our task is to ensure space for future forests to grow.”

Antti Asikainen, Executive Vice President of Finland’s Natural Resources Institute, explained that currently, Finland can reforest about 200,000-300,000 hectares. However, there are several important constraints like the need for increased food production to feed the growing global population. Reforestation can increase the carbon capture of Finnish forests by about 1-3%, but the full effect of this will only be reached after decades.

One possible solution is to also look at sustainable forest management. It has been practised in the Nordic regions for years, and involves incorporating thinning, selective wood harvesting and replanting, to mimic natural patterns of growth. What’s more – it ensures jobs and livelihood for neighbouring areas through forestry-realted activities, while wood-based products derived from these forests are being used as fossil-substitutes in many industries. 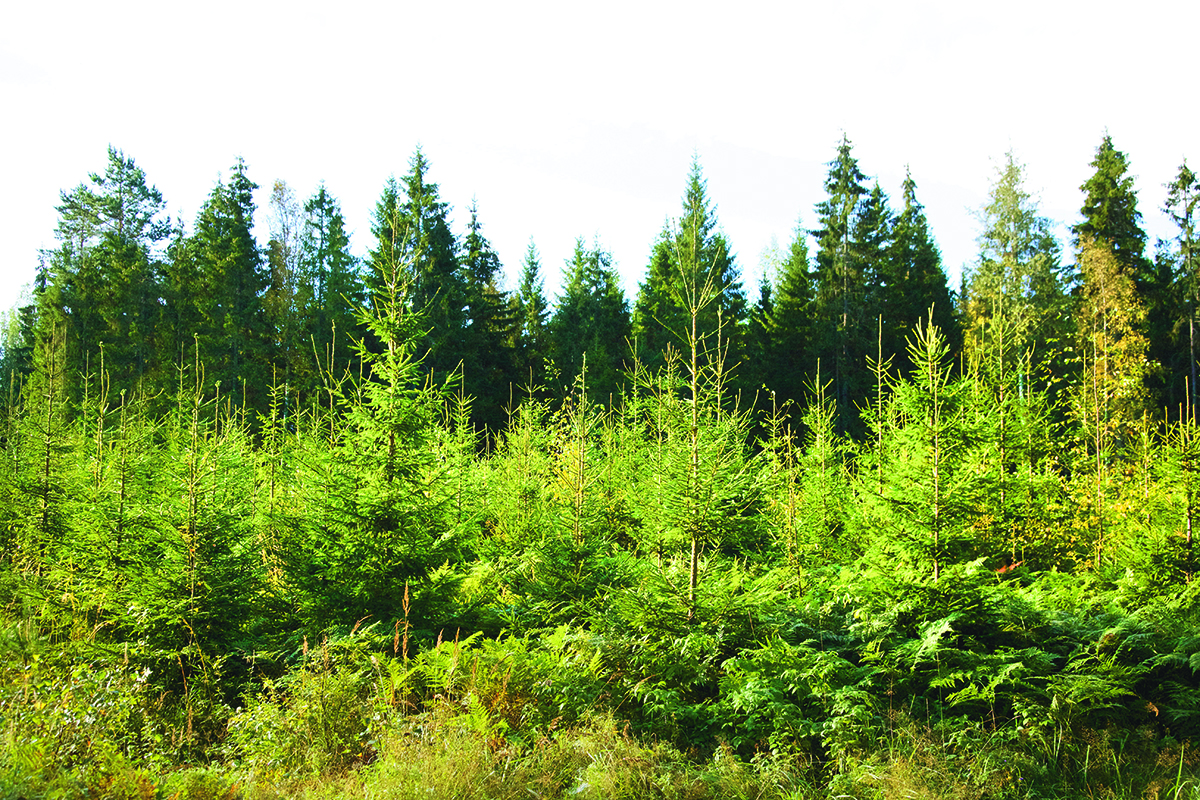 There is evidence for this. For many countries, reforestation is not only a way to reduce the amount of CO2 in the atmosphere but also a way to boost the national economy.

Take the case of Sweden. The country has seen success in its reforestation efforts, with its forests having doubled in size in the last 100 years. Though it holds just under 1% of the world’s commercial forest areas, it provides 10% of all sawn timber, pulp and paper traded globally.

The United Nations Forum on Forests stipulates that the wide range of goods and services provided by forests contributed USD 600 billion (0.9%) to the global GDP in 2011. This, in turn, provides financial incentives for countries to accelerate their reforestation programmes.

A good example is Uruguay’s Forestry Law of 1987, which forgave property taxes on a tree farm or land covered native forest, while also subsidising the cost of planting. In addition to helping the environment, reforestation also became a way out financially for cattle farmers during the slump in beef prices in the early 1990s.

That said, Asikainen warns that we must learn from the mistakes of the past before aggressively chasing reforestation.

The need for a planned approach

In various parts of the world, aggressive reforestation efforts have failed precisely because of non-native monocultures, without the introduction of mixed tree species. This has inevitably resulted in the loss of biodiversity, leading environmental experts to refer to such monoculture plantations as ‘green deserts’.

Even in Finland, at one point during the country’s reforestation drive, abandoned farmland was often planted with monocultures which resulted in the loss of biodiversity. However, sustainable forest management managed to help turn that situation around and Nordic forest management principles are being studied around the world.

UPM sees wood as the world’s most important raw material, one which must be sourced only from sustainably managed forests. Today’s Finnish commercial forests are semi-natural forests that are managed with forestry methods that mimic a forest’s natural course of life, ensuring that biodiversity is protected.

“Finnish forestry policies combine the environmental, social and economic aspects of forests and forestry. Our policies are the result of experiences from the past and scenarios for the future,” explains Asikainen.

Public bodies, industry, NGOs, forest owners and researchers need to collaborate to create forward-thinking policies that create a positive environment for reforestation. Done correctly, this may be the only way for us to preserve our planet for future generations.