Time to call in the tree doctors When her patients are showing symptoms of sickness or ill-health, Heli Viiri straps on her boots and heads into the forest. That’s because Viiri is a forest professional, who works tirelessly to take care of our forests, so they take care of us.

Trees may seem hardy, but like all living things, they are susceptible to mistreatment and malaise. From insect pests and fungal pathogens to invasive species and destructive mammals, tree damage can take various guises and has the ability to ravage natural forests and plantations. For example, Dutch elm disease has killed 60 million British elms in two epidemics, while pernicious pests are threatening to lay waste to 40% of all US forests.

In spruce forests, such as Harviala near the city of Hämeenlinna in southern Finland, the biggest dangers are moose and the spruce bark beetle. Only a quarter-inch long, the spruce beetles feed on windthrown or felled trees, but also attack weakened standing trees and have been the spruce’s long-time nemesis. According to Viiri, the “spruce bark beetles have always been here. Spruces came here after the ice age and I guess the spruce bark beetle has come soon after that. They live and belong together.”

However, in recent years the ravenous beetles have become more prevalent. “It has been a more and more important damaging agent of the spruce forest in southern Finland during the last 10 years,” Viiri says. “It started in 2010 when we had masses of thunderstorms...8.1 million cubic metres of trees fell down in those storms in couple of days. After that, it created so much breeding material for the spruce bark beetle.” Even though most trees were salvaged immediately or during the next year, “the populations grew and there has been damage in southern Finland ever since”. 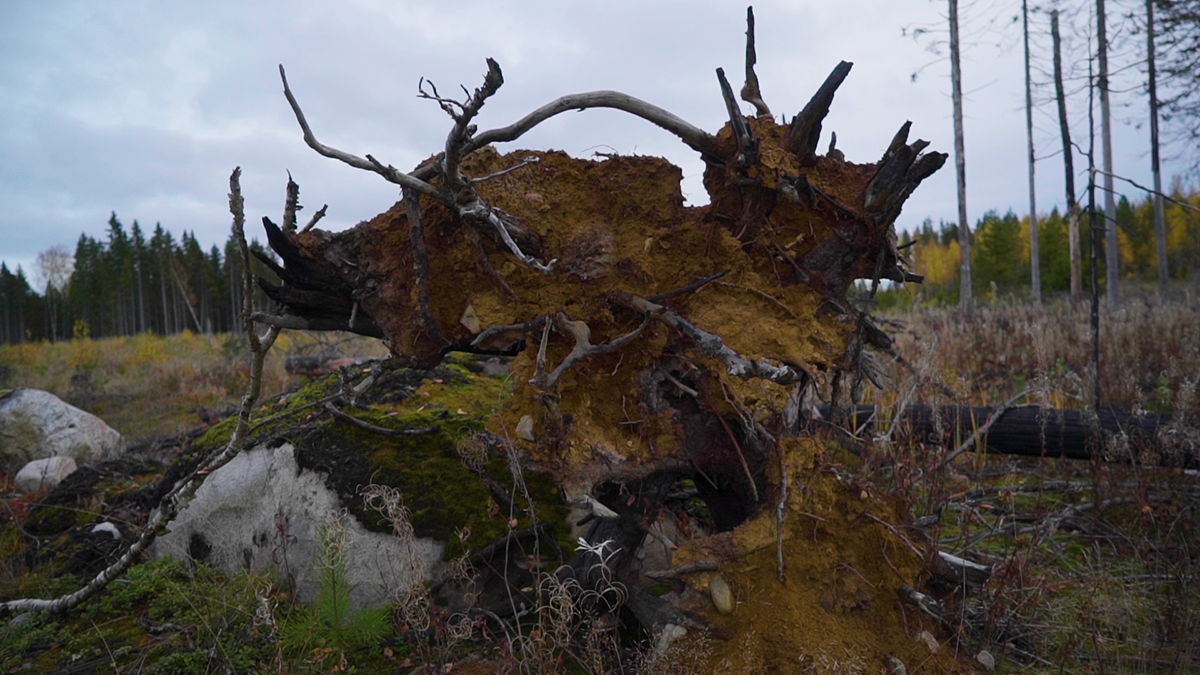 Biosecurity - protecting biological organisms from other harmful biological organisms - is a key tenet of forestry management and UPM forest professionals are constantly observing, preventing and suppressing any potential threats, although there are no inspections in winter as “many pests are wintering under the snow cover”.

Heli has come to Harviala because some of the trees have “become stressed due to the extra light and the sun’s heat close to the regeneration felling.” When this happens, the trees “emit a smell that the spruce bark beetle can detect and [know] that they’re weakened...then there will be masses of spruce bark beetle and they will attack the tree. And if there are too many of those, they will kill it.”

When forest professionals find many beetle-ridden trees at a site, they have to promptly salvage the infested trees before the beetles have time to jump ship to healthier trees. Today’s inspection has found only a couple of trees where beetles have attacked, and Viiri doesn’t expect any further damage. However, had there been more wind-felled trees, there would be a subsequent need to return to take them away and analyse the health of the forest. 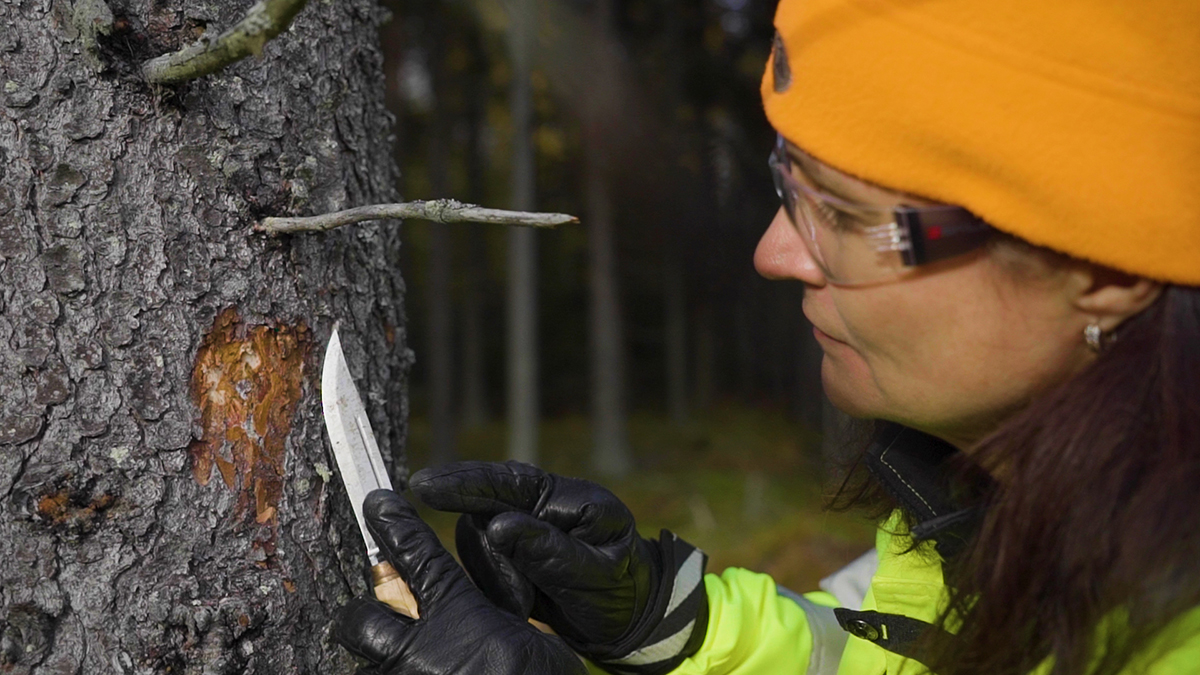 Why should we look after trees?

Ever since she was a young girl, Viiri has wanted to take care of the forests “so that they produce us food and give us jobs and a living.” From the medicine materials and sustenance they produce to their clean air, clean water and natural beauty, forests have long had positive impacts on our health. They sustain hundreds of thousands of livelihoods, provide abundant habitats for millions of species and are at the frontline of Earth’s climate change battle.

Yet, forests cannot be taken for granted: an outbreak of pests or disease can have a devastating effect. In the UK, for example, a recent study showed that the current ash dieback epidemic could cost the economy £15 billion over the next 100 years. Meanwhile, a study published by PNAS found that the destruction of trees by the 15 most damaging pests in the US has led to six million tonnes of carbon being released into the atmosphere by dying trees. According to the report’s author, Songlin Fei, these pests are “turning forests from stores of carbon to a carbon source”.

Further, the problems Canada has faced can act as a warning. Despite the fact the country has huge forest resources, it has become a large source of carbon. Viiri says of the Canadian experience: “Situations can change, so if we do not carry out thinning and cut the trees before they are too old then we will encounter problems. In Canada, they have also planted too much of a single species, Pinus contorta, or lodgepole pines, which has brought its own problems.”

Sustainable forest management is therefore vital to the well-being of our planet and people. For Viiri, it underlines the significance of her job, as “nothing is as important as silviculture, in that we take care of our forests so that they are in good health, grow well, produce much wood, [and] bind as much carbon as possible.”