On July 23, 2019 UPM announced the decision to invest in a world class pulp mill in central Uruguay. The news has raised a lot of interest and excitement, and naturally some questions and concerns as well. Here are answers to frequently asked questions, with links to further reading on the topic.

The investment decision that includes a USD 2,7 billion investment in the pulp mill and further USD 350 million in logistics, infrastructure and community investments is the largest investment ever in the history of UPM as well as in Uruguay.

One of the most often asked questions is “why Uruguay” – what makes Uruguay the ideal location for such a major investment? There are many reasons for this. As a country, Uruguay is an excellent location for a long-term investment and sustainable operations. The country has a strong political and social stability, robust legislation and democratic tradition with transparent government policies, including a solid legal framework that promotes sustainable forestry. UPM has over 30 years of experience in Uruguay, with a great team and excellent pulp and forestry operations, and we look forward to continue this journey. Read more about the uniqueness of Uruguay here.

There are also interest about the specific location in central Uruguay, and why choose a location where major infrastructure developments are needed. The exact location was agreed in cooperation between UPM and the Government of Uruguay based on the necessary prerequisites for a pulp mill – i.e. availability of wood and water – and the government’s criteria for balanced development of logistics, environment and employment in the Uruguayan inland. The infrastructure development that is required for the mill is in line with the government’s interest in regional development.

The investment agreement that was signed in November 2017 that outlined the local prerequisites and infrastructure development for the investments for both parties, has been publicly shared both as a summary and in its entirety as well as the complementary items such as the labor protocol.

What do the local people think of the investment?

A project and industrial operation of this scale naturally raises a lot of interest and opinions. We believe in open dialogue with all the stakeholders and value different opinions, that’s a great sign of open democracy. In the past three years, UPM has held regular info sessions and over hundred discussions with local stakeholders and community.

Public support has been followed closely since 2016 in the country. Around 70 % of Uruguayans have a positive or neutral opinion of the plan, and the more close to the mill areas you´ll go, the more positive the opinions are.

Do you agree or disagree with the installation of a new pulp mill in Uruguay? 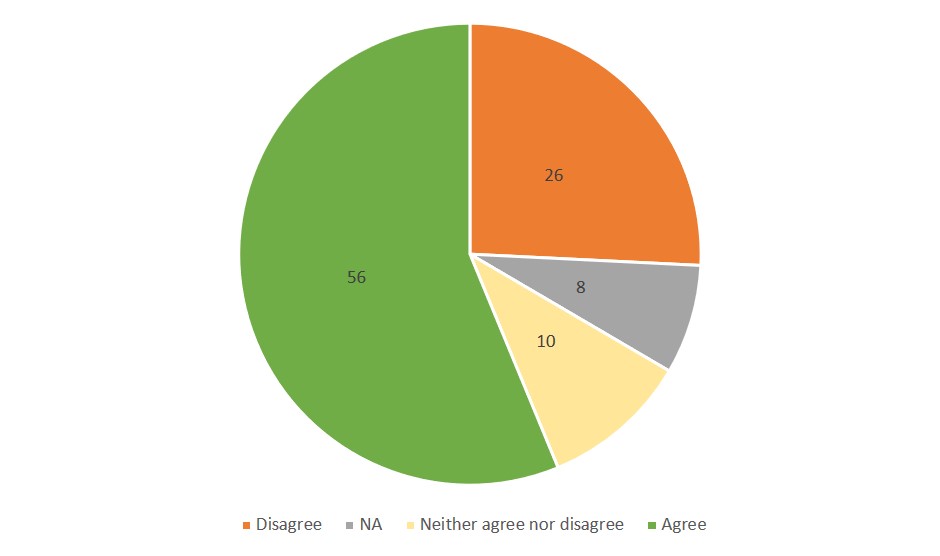 We have also polled people about their views regarding the UPM pulp mill in Fray Bentos, which has been operating for over 10 years. The clear majority sees that the installation of the UPM Fray Bentos mill has been positive or very positive to the country.

Do you believe that the installation of Fray Bentos mill has been positive or negative for the country? 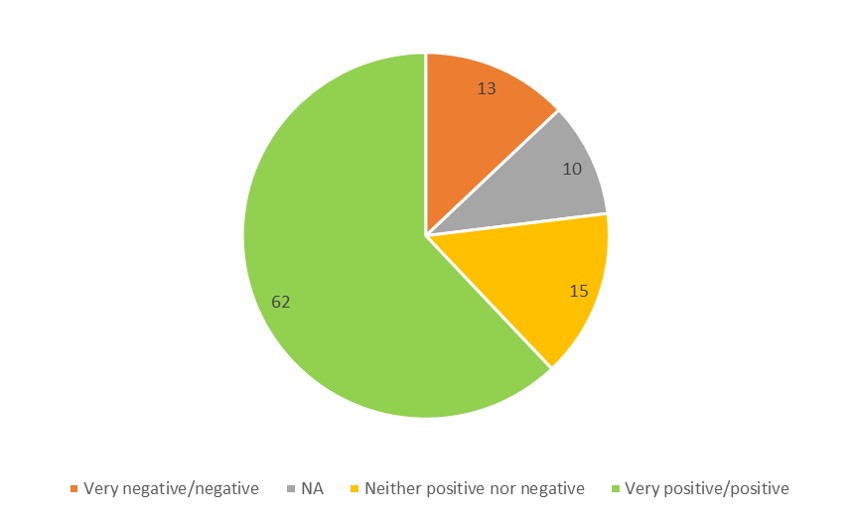 What about the environmental impact?

According to the Environmental and Social Impact Study for the new pulp mill by the Uruguayan authorities, all the potential impacts are acceptable and manageable: it will not have negative impacts to the human health, living conditions, urban structure, land use, cultural environment, wildlife and conservation sites, soil, bedrocks or groundwater.

The impact of the new mill on the Rio Negro river has been under a specific scrutiny. Based on the environmental studies done by international and local experts the direct impact of the new mill to the Rio Negro would be minimal. The long-term average annual use of water is less than 1% of the river’s average flow rate in Paso de los Toros. Water effluence will be strictly monitored by UPM, and by the Uruguayan authorities as well.

The current state of the river requires initiative and action from all stakeholders and industries along the river. UPM will fund the improvement of municipal waste water treatment plant and restoration of the municipal landfill in Paso de los Toros as part of the community investments worth USD 70 million.

Plantations – how do they impact the native forest, biodiversity and water?

UPM’s plantations in Uruguay are established on former grazing land, and they don’t replace native forests. In fact, all Uruguay’s natural forest have been protected by law since 1987, and establishment of plantations started in the beginning of 1990s. All in all, the Uruguayan Forest Law clearly structures the land use based on the characteristics of the land, so the plantations do not take place from e.g. food production.

All UPM plantations are certified to both FSC® and PEFC™ forest standards. We only use agrochemicals and fertilizers that are allowed by both certification schemes. The intensity of use of agrochemicals in forest plantations is much lower than for example in agriculture, as these products are required only during the first year of the plantations, which are harvested every 10 to 12 years. All environmental aspects are controlled annually by external audits as part of the certification process.

Tree plantations contribute to water balance as they bind water in the tree cells and reduce erosion and nutrients reaching water courses.

Read more about the principles of sustainable forestry in Uruguay.

Another area, the Chasico conservation area, provides habitat for over 100 species of flora and fauna.

What is the economic impact of the investment locally, and why is UPM on a tax free regime?

In the most intensive construction phase, there will be more than 6,000 persons working on the site. When completed, approximately 10,000 permanent jobs are estimated to be created in the Uruguayan economy whereof 4,000 would be directly employed by UPM and its subcontractors. About 600 companies are estimated to be working in the value chain. These estimates are based on independent studies done by Deloitte and CPA Ferrere.

Like everywhere, UPM follows the local tax legislation. Uruguay has a well-established tax regulation and a tax framework that systematically promotes long-term investments. Part of this tax framework is a free trade zone (FTZ) regime, a tool that Uruguay has used for decades to attract major investments. Today, Uruguay has 11 free zones that are creating almost 16,000 high qualified jobs with a significant impact on the exports and Uruguay’s GDP.

The new UPM pulp mill, like the current Fray Bentos mill, will be operating in one of these free trade zones. The new mill will pay a fixed annual tax of seven million USD. Everything outside the mills, from nurseries and plantations to logistics and transportation, are and will be subject to local taxes in Uruguay. The total estimated annual contribution of the UPM value chain in tax and social security payments is estimated to be USD 170 million after the new mill is operational.

What about the social impacts during constructions, and after the mill is operational: will there be disturbances with thousands of workers on site?

A project of this scale, with over 6,000 people working on the site at the most intensive construction phase, will obviously bring visible changes. Some of it will be positive, like job opportunities and training, business opportunities for the local entrepreneurs, but some of it will require preventive plans like e.g. for traffic, and social unrest. It is also commonly known, that large construction projects can potentially create other disturbances in the neighbourhood. That’s why we will continue the active dialogue with stakeholders, and work with the local authorities, and the community to boost the positive opportunities, , and seek solutions together to minimize any negative effects and disturbances.

Some critics have claimed that the railway brings safety issues and people are against the railway, is this true?

Uruguay has 150 years’ history with railways. The current rail delineation plan is predominantly following the existing line. UPM will be one of the main users of the railway, but it’s owned by the Republic of Uruguay and open for private and public operators.

Public polls have shown strong support for the rail development in Uruguay, and the Government and Ministry of Transportation have published step by step the different stages of the project and created a website where interested parties can access the process, as guided by the National Directorate of Environment (MVOTMA). Globally rail is widely considered the safest and most environmentally friendly means of transportation for long-distance logistics and passengers alike. High safety standards are of course important and necessary elements of any railway project, and we are of course confident this will be the case in Uruguay as well.